Why Would Prithvi Shaw Refuse To Pad Up For Nets? Ricky Ponting On Opener's Habits

Ricky Ponting recalled how Prithvi Shaw simply refused to pad up for nets when after scoring two fifties last season, he was hit by a slump 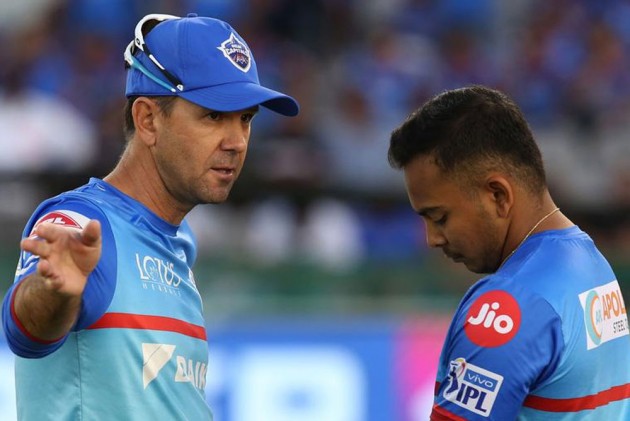 Delhi Capitals head coach Ricky Ponting has revealed that Prithvi Shaw refused to bat in the nets when he hit a bad patch in the last IPL and hoped that the highly-rated Indian youngster has changed his training habits "for the better" ahead of the upcoming edition. (More Cricket News)

The former Australian skipper has been working with the 21-year-old for the past two seasons in the Delhi Capitals camp. He recalled how Shaw simply refused to pad up for nets when after scoring two fifties last season, he was hit by a slump.

"...he had an interesting theory on his batting last year - when he's not scoring runs, he won't bat, and when he is scoring runs, he wants to keep batting all the time," Ponting told 'cricket.com.au' as his side geared for the event starting April 9 in Chennai.

"He had four or five games where he made under 10 and I'm telling him, 'We have to go to the nets and work out (what's wrong)', and he looked me in the eye and said, 'No, I'm not batting today'. I couldn't really work that out.

"He might have changed. I know he's done a lot of work over the last few months, that theory that he had might have changed, and hopefully, it has, because if we can get the best out of him, he could be a superstar player".

Ponting joined the DC squad on March 29 and just completed his week-long quarantine required to enter the IPL bio-bubble.

Ponting said he did not hold back from giving a piece of his mind to the youngster last year but he "stuck to his word" and did not practice towards the business end of the tournament.

"I was going pretty hard at him. I was basically telling him, 'Mate you've got to get in the nets. Whatever you think you're working on, is not working for you'," he remembered telling him.

"It's my job as a coach to challenge someone's preparation if they're not getting results.

However, Ponting is confident that Shaw will make it big internationally.

"Maybe (his training habits) have changed for the better, because (his success) won't just be for the Delhi Capitals, I'm sure you'll see him play a lot of cricket for India as well in the coming years," said Ponting.

Ponting said there are visible similarities between Shaw and the great Sachin Tendulkar, right down to their diminutive frames.

"He's diminutive … in the (Sachin) Tendulkar sort of mould but hits the ball incredibly powerfully off front and back foot, and plays spin really well," he said.

Shaw heads to the IPL on the back of a sensational Vijay Hazare Trophy campaign with champions Mumbai. Leading the side to victory, he scored four centuries and ended the tournament as the top scorer.

"If we can get him to take that form that he's just shown into the IPL, it just makes the balance on our Delhi Capital side so good.

"If (the penny) does drop – I'm not sure I've seen many more talented players than him in my whole time of playing the game," Ponting said.