Rishabh Pant Or Shreyas Iyer At No.4? Virat Kohli Is A Confused Man

After the fall of Shikhar Dhawan in the eighth over of India's T20 defeat to South Africa, both Rishabh Pant and Shreyas Iyer were seen heading for the pitch in hilarious confusion. Virat Kohli has attributed it to miscommunication within the dugout. 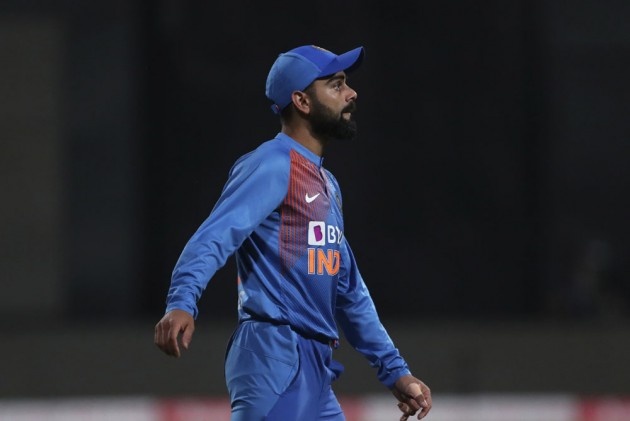 India lost to South Africa in the third T20 of their series, with the Proteas levelling it. After the match, Men in Blue captain Virat Kohli revealed that Rishabh Pant was not supposed to bat at No.4, it was supposed to be Shreyas Iyer.

Kohli revealed that it was due to miscommunication between the duo. He stated that Iyer was supposed to bat if India were two down within the tenth over. During the match, when India were 63 for 2 in the eighth over. After the fall of Shikhar Dhawan in the eighth over, both Rishabh Pant and Shreyas Iyer were seen heading for the pitch in hilarious confusion. Iyer eventually backed out to allow the wicketkeeper-batsman to take the chance. But Iyer was soon required with skipper Virat Kohli getting out in the next over.

This is gold from Sunny G ðÂÂÂðÂÂÂ
How is that for a KBC rendition, Sunny G Style ðÂÂÂðÂÂÂ#INDvSA pic.twitter.com/ha3uBjusUp

"I think there was a miscommunication there," Kohli said, according ESPNcricinfo.

"That's what I understood afterwards. The batting coach [Vikram Rathour] had a word with both of them and there was a misunderstanding of who has to go at what stage of the game. So, it was a bit funny afterwards because they both wanted to walk in. It would have been very funny if both had reached the pitch... three batsmen in the field. Yeah, I think it was a miscommunication in the middle.

"We had it planned according to phases. So, after ten overs, we decided Rishabh would walk in. Before that Shreyas had to walk in. So, I think both of them got confused and didn't realise who had to walk in at what stage of the game."

Over the past few months, there has been a huge debate as to who will bat at no.4 for India, with fans and critics not happy with Pant.

Batting great VVS Laxman feels that Pant will benefit from batting lower down the order.

"The nature of Rishabh Pant's batting is that he plays aggressive shots...unfortunately at the international level he is not able to succeed at the number four position," Laxman said on 'Star Sports'.

"Pant should bat at number 5 and 6, where you have the license to go out and express yourself and at the moment he doesn't know the right method of scoring runs at number 4," he pointed out.

Laxman said the 21-year-old shouldn't be put under too much pressure as every player goes through rough patches at some point.

"Every player goes through this phase, his natural game is free flowing but suddenly he is not gaining the same results (which he did with Delhi franchise in the IPL)," Laxman said.

"He is trying to evolve and trying to add different dimensions to his game by rotating the strike that we saw in the previous match but unfortunately, his shot selection at the start of the innings has not been great," he added.

Laxman also feels that Iyer or Hardik Pandya should bat at no.4.

Coming in at no.4, Pant only registered 19 off 20 balls. Meanwhile, Iyer who came after him, scored five of eight balls.