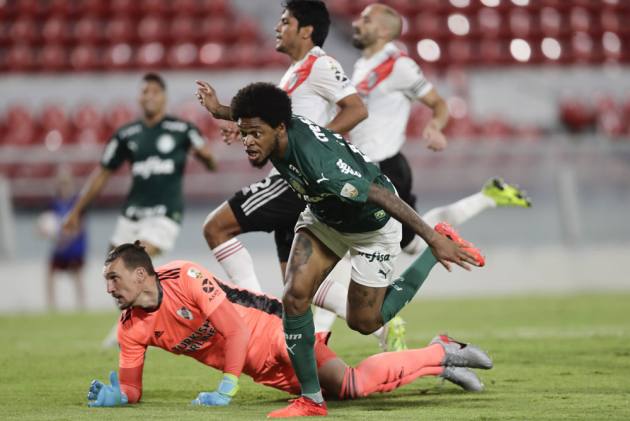 Palmeiras closed in on their first Copa Libertadores final appearance since 2000 after a stunning 3-0 win over River Plate on Tuesday. (More Football News)

The Brazilian outfit produced an emphatic display in the first leg of the semi-final in Argentina.

Rony opened the scoring and Luiz Adriano doubled the lead early in the second half, with Matias Vina sealing the win after Jorge Carrascal was sent off for River.

River, finalists in the previous two editions of the Libertadores, fell behind in the 27th minute after a huge error.

Franco Armani dealt poorly with a cross, his clearance with his feet falling to Rony, whose volley beat the River goalkeeper via a slight deflection.

Palmeiras – who had another effort ruled out for offside in the first half – doubled their lead shortly after the break.

Luiz Adriano easily turned Robert Rojas after a pass from Danilo before producing a fine composed finish past Armani.

Making matters worse for River, Carrascal was sent off for a rash challenge on Gabriel Menino on the hour-mark.

And the hosts were punished almost immediately, Vina heading in a Gustavo Scarpa set-piece to make it 3-0.

Palmeiras went close to adding a fourth late on, but River have a huge mountain to climb in the second leg in Sao Paulo on January 12.