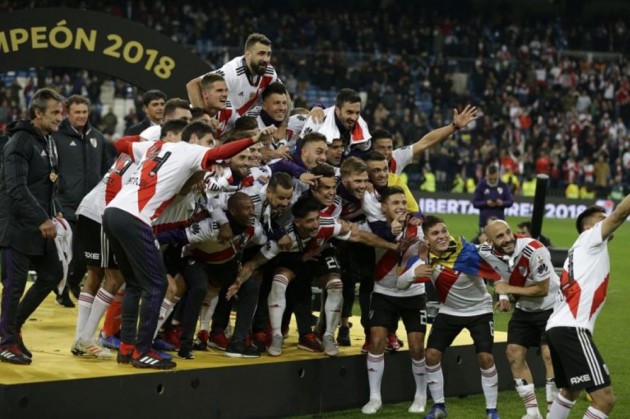 River Plate have retained their 2018 Copa Libertadores title after arch-rivals Boca Juniors' appeal to have them disqualified was turned down by the Court of Arbitration for Sport (CAS). (More Football News)

River claimed the title by defeating Boca 5-3 on aggregate after extra time in the second leg of the final in December 2018.

That match was played at the Santiago Bernabeu in Madrid after Boca's team bus was attacked en route to El Monumental for the initially scheduled return encounter.

After being shut down by South American confederation CONMEBOL, Boca appealed to CAS in an attempt to have River disqualified from the 2018 Libertadores over the behaviour of their supporters.

However, CAS declared that punishment would have been too harsh and instead ordered Marcelo Gallardo's team to play their next two Libertadores home games behind closed doors.

A statement read: "The CAS panel found that while River Plate had violated the CONMEBOL disciplinary regulations it could not order the disqualification of River Plate from the 2018 Copa Libertadores since such sanction would have been excessive in the circumstances of the case.

"The panel considered that the appropriate sanction to be imposed on River Plate for the bus attack was two matches behind closed doors, to be applied to River Plate's next two home matches in the Copa Libertadores."