Robert Lewandowski scored 55 goals in a treble-winning season for Bayern Munich, which made him a shoo-in to be Footballer of the Year 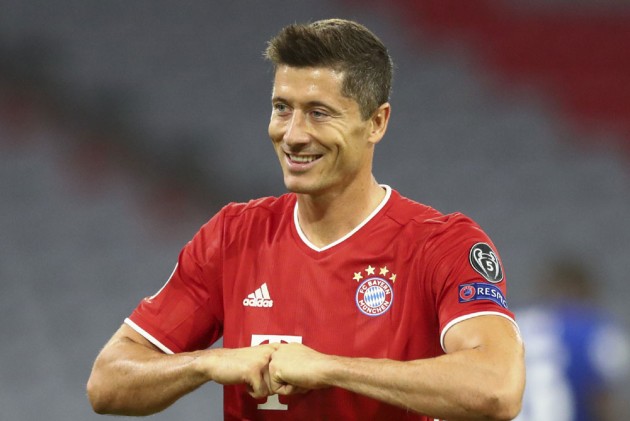 Robert Lewandowski landed Germany's Footballer of the Year prize on Sunday as reward for his extraordinary season with Bayern Munich. (Football News)

The award, voted for by leading journalists in conjunction with Kicker magazine, went to Lewandowski by a resounding margin.

He received 276 votes and Bayern completed a 1-2-3 in the awards as Thomas Muller pulled 54 votes to finish second, five votes ahead of Joshua Kimmich.

Bayern conquered all challenges before them in 2019-20, winning a domestic Bundesliga and DFB-Pokal double before going on to triumph in the Champions League, beating Paris Saint-Germain 1-0 in the final.

Lewandowski, 32, scored 55 goals across the season and becomes the first non-German winner of the award since Kevin De Bruyne took the honour in 2015 at the end of the Belgium midfielder's Wolfsburg stay.

The Poland international told Kicker: "I'm very proud of it. All the more because the expectations of me are getting higher and higher and I try to exceed them every year.

"The level is so high that 25 goals per season is considered normal in the Bundesliga. I worked hard for my performance and that of the entire team, which then played superbly, both nationally and internationally."