Roger Federer could not follow up victory in his first ATP Tour match for almost 14 months as he went down to Nikoloz Basilashvili in Doha. 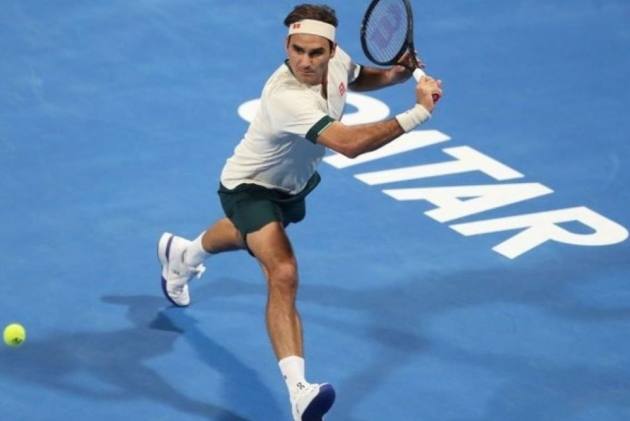 Roger Federer's return to the ATP Tour lasted just two matches at the Qatar Open as he was beaten in the last eight by the brilliant Nikoloz Basilashvili. (More Sports News)

An impressive 3-6 6-1 7-5 triumph took Basilashvili through at the expense of the 20-time grand slam champion, disappointing an enthusiastic Doha crowd.

Back in competitive action for the first time in almost 14 months on Wednesday, Federer defeated friend and practice partner Dan Evans in three sets, but the Swiss felt the strain 24 hours later.

The 39-year-old appeared to enjoy the Evans encounter but found life increasingly difficult on Thursday as he was taken the distance again despite easing through the opener.

A backhand to break helped him to that first set, but Basilashvili rallied admirably in the second, an early gain protected with five straight points from 0-40 down on his own serve.

Basilashvili's second break followed when Federer stretched to reach a drop shot and could only prod wide, putting his opponent in the ascendancy heading into a decider.

Federer dug deep to stave off three break opportunities at 3-3 and later forged a match point, but Basilashvili would not relent.

He edged in front late in the set to tee up an opportunity to serve out the match, racing 40-0 up before holding off Federer's fightback and clinching victory.

The Georgian, 2-5 in 2021 heading into this week, celebrated a "dream" first win against his hero, who is returning following knee surgery and predictably departed to a standing ovation.

How good is it to have this man back on a tennis court, though?

See you in Dubai next week, @rogerfederer pic.twitter.com/1IWPwWsX72

"It's unbelievable," Basilashvili said. "He's one of the greatest of all time in tennis. To just play him means so much to me.

"I'm very happy that he has come back and is playing again. To win against him is a dream come true for me. He was always my idol, as for many tennis players and fans.

The result leaves no seeds in Basilashvili's half of the draw in Doha, as he faces a semi-final against Taylor Fritz, another comeback victor in his clash with Denis Shapovalov.

Top seed Dominic Thiem is out, too, beaten by Roberto Bautista Agut, who has Andrey Rublev next.

Rublev is in outstanding form, winning the Rotterdam Open last week, but is yet to play in singles action this week, granted consecutive walkovers.

At the Open 13 Provence, top seeds Daniil Medvedev and Stefanos Tsitsipas eased through in straight sets.

Medvedev was too strong for Egor Gerasimov and will now face exciting Italian teenager Jannik Sinner, while Tsitsipas cast aside Lucas Pouille but will now take on another Frenchman in Pierre Hugues Herbert.