Home  »  Website  »  Sports  »  Roger Federer, Serena Williams Or Novak Djokovic: Who Will Be Hurt Most By Wimbledon Cancellation?

Roger Federer, Serena Williams Or Novak Djokovic: Who Will Be Hurt Most By Wimbledon Cancellation?

Roger Federer, Serena Williams and Novak Djokovic are among the stars who will be frustrated by the cancellation of Wimbledon 2020 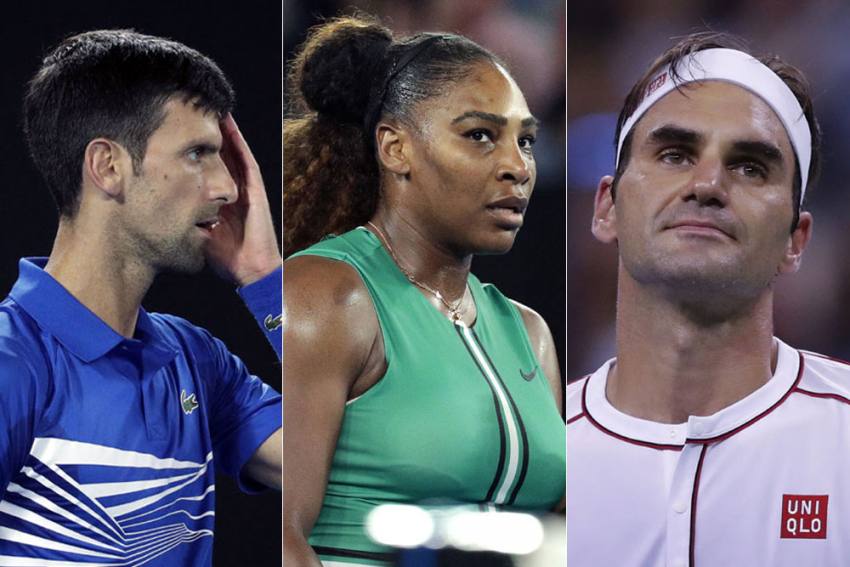 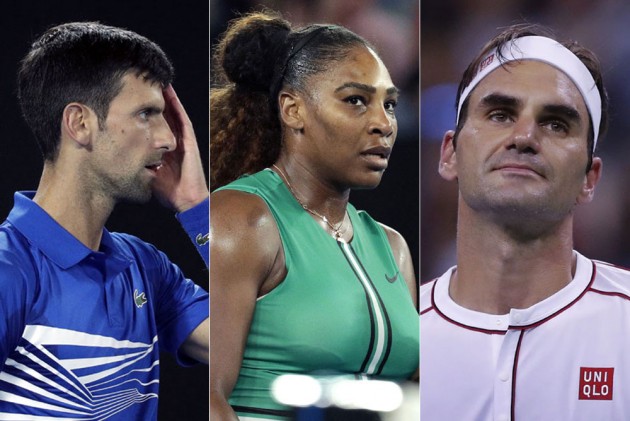 Wimbledon has been called off, a brutal blow to sport lovers, and its cancellation sends effects rippling through tennis.

The reality that Centre Court will lie empty through June and July will be a bitter pill to swallow not only for those with dreams of playing there for the first time, but to those who see it as a second home.

Superstars including Roger Federer, Novak Djokovic, Simona Halep and Serena Williams will feel its loss to the calendar.

Here is a look at those who may be hardest hit by the loss from the calendar of a flagship grand slam.

It seemed inevitable at one stage that Williams would catch and then pass Margaret Court's record haul of 24 grand slam singles titles, but she remains infuriatingly stuck on 23 majors, and the American all-time great will be 39 years old by the time she next gets the chance to challenge at Wimbledon.

The seven-time Wimbledon champion last reigned in SW19 in 2016, and her last singles slam came at the following year's Australian Open. Agonisingly, the prospect of Williams winning another slam has been immensely hit by this lay-off. Few can handle her grass-court game.

What too of sister Venus? The five-time Wimbledon singles queen will be 41 by the time next year's Wimbledon rolls around. Has she played her last match on grass?

Federer gave himself an enormous chance in last year's Wimbledon final, when he failed to take two championship points against Novak Djokovic. It left him bereft in the aftermath, but this year Federer may have been able to feed off the knowledge he had been a whisker away, and another run deep into the second week was a realistic target for the eight-time champion.

It seems unimaginable Federer might have played his final match at Wimbledon - surely he will give 2021 a shot - but hopes of adding to his 20 slams have taken a clear hit. Like Williams, he will be 39 - and pushing 40 - by the time of next year's grass-court season.

Snapping at the heels of Federer are Djokovic and Nadal, with both men bidding to leapfrog him atop the list of all-time men's slam champions: Serbian Djokovic is three behind Federer on 17, and Nadal is just one adrift of the Swiss.

Losing Wimbledon, and having no certainty the US Open and French Open will take place later in the year, may ultimately end up hurting Djokovic and Nadal more than Federer. Djokovic turns 33 in May, Nadal will be 34 in June, and it is important to remember Federer's longevity is a rare thing in tennis.

With a young generation emerging, missing out on majors and momentum at this stage of their stellar careers may make it difficult for Djokovic and Nadal to rediscover their dominant best when tennis returns. Federer's haul - a record for the men's game - may yet beyond the reach of his two greatest rivals.

Two-time champion Murray made an emotional return to Wimbledon last year when he played doubles - partnering Serena Williams in the mixed. Injury had ruled the Scot out of the 2018 tournament and threatened his career, but Murray was targeting a singles slam comeback in 2020 and to have that rug pulled from beneath him is a cruel blow.

He also turns 33 in May, and Murray has already toyed with retirement. He would be forgiven for questioning whether putting himself through another year of hard graft to remain competitive is worth the physical toll.