Roger Federer's Ability To Serve And Volley Not Talked About Enough: Novak Djokovic

In an Instagram live chat with Andy Murray, Novak Djokovic said that Roger Federer is one of the most complete players to have ever played the game 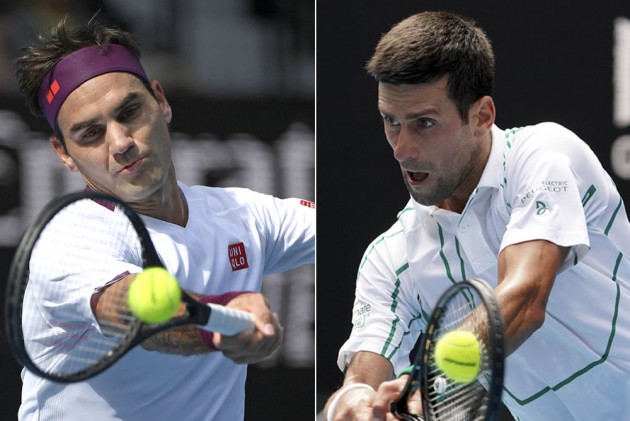 World no.1 Novak Djokovic said that rival and Swiss great Roger Federer's ability to come up with serve and volley is somewhat underrated and not talked about enough. (More Tennis News)

In an Instagram live chat with former world no.1 Andy Murray, Djokovic said that Federer is one of the most complete players to have ever played the game.

"Roger. I mean he would definitely be there. I mean he is one of the most complete players ever to play the game," said the Serb.

"We all know how great he is. I think it is a bit underrated. I don't know if people really talk about his ability to come up with serve and volley; accurate play at the most challenging times in the match, against us (great returners).

"He was really not intimidated so much by the return. He would place, especially on the quicker surfaces, he would disrupt your rhythm."

The pair have played a number of matches over the years that have decided Grand Slam titles, the latest of which included 2020 Australian Open final and the epic 2019 Wimbledon final, both of which Djokovic won.

Murray, a former world no.1 himself, said that he wished he had enjoyed his great matches against the likes of Novak Djokovic more now that he is looking to salvage his career after hip surgery in early 2019.

"After the issues, I've had the last few years, I sometimes do wish I had enjoyed those moments more," Murray said. "When you see the end coming you think... I should have enjoyed the wins or even the losses that were great matches."