Bopanna and Shapovalov went down 6-4 3-6 10-5 against their German opponents Alexander Zverev and Tim Puetz to crash out of the ATP Masters 1000 tournament. 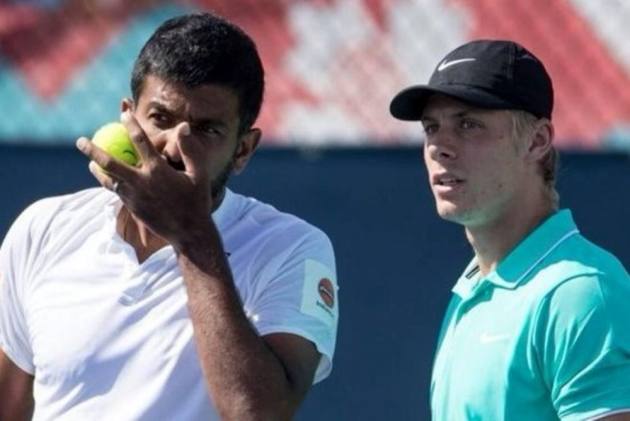 India's Rohan Bopanna and Denis Shapovalov of Canada fought hard before losing in three sets to German duo of Alexander Zverev and Tim Puetz in the men's doubles quarterfinals of the Madrid Open. (More Sports News)

Bopanna and Shapovalov went down 6-4 3-6 10-5 against their German opponents to crash out of the ATP Masters 1000 tournament.

The Indo-Candian pair hit five aces as against their opponent's three, but they committed more double faults, which hampered their prospects.

Bopanna and Shapovalov had committed five double faults as against two by the German pair.

The Germans were also better on first serve, with a win percentage of 83 as against 79 by their opponents.

Earlier in the tournament, the unseeded pair of Bopanna and Shapovalov had stunned top seeds Juan Sebastian Cabal and Robert Farah in straight sets.

Bopanna and the 22-year-old Canadian have been teaming up regularly on the doubles tour since 2019.