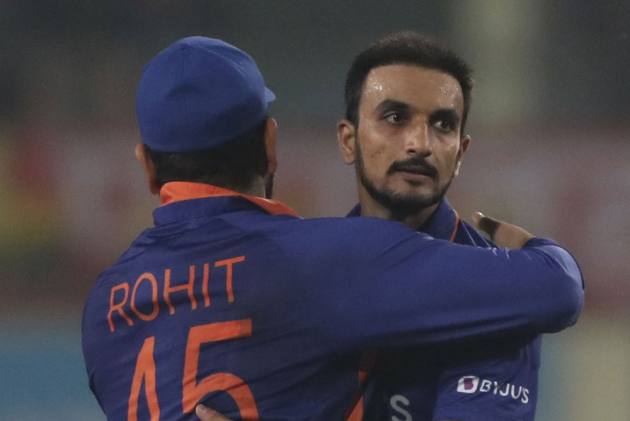 Now with the reins to run the show, at least in the shortest format of the game, the new India T20 International captain Rohit Sharma on Friday heaped praise on the young team after their seven-wicket win against New Zealand in Ranchi. The win helped India take an unassailable 2-0 lead in the three-match series.

India, who had suffered an ignominious Super 12 exit in the ICC Men's T20 World Cup, fielded an inexperienced team again. And as it turned out, Harshal Patel won up the player of the match award on his debut. Patel, 30, was the highest wicket-taker in the Indian Premier League (IPL) 2021.

After the match, an impressed Rohit said that "the quality of the bench has been amazing. They have been performing consistently whenever they get the chance. It is important for me to give them the freedom."

The skipper, in his first series as a full-time captain, also reserved special praise for Patel, who took two wickets for 24.

"We need to make sure we look after the guys who are playing now. They haven't played a lot either. For the guys who haven't played, their time will come, there are a lot of T20s. Harshal has done it time and again, he is a very skillful bowler. Even in these conditions, he used the slower ball really well," Rohit said.

India will look to complete a series sweep against the BlackCaps when they meet for the third and final T20I on Sunday (November 21) at the iconic Eden Gardens, Kolkata.

India have now edged past New Zealand in the T20I head-to-head record, 10-9 in 19 meetings. The Kiwis dominated the rivalry in its early years, winning the first five matches. But in the last ten meetings, India have won eight, including two Super Over finishes.