Spanish Pep Guardiola used his full-backs as auxiliary midfielders and attackers in his previous jobs at Barcelona and Bayern Munich and has done so, too, at Manchester City. 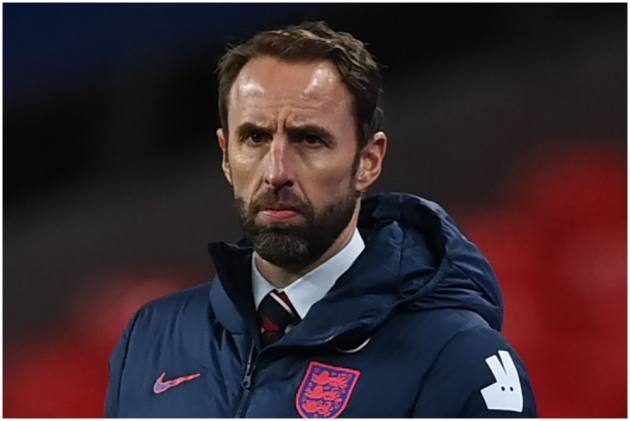 Gareth Southgate once said he’d love to pick six right backs in his England squads, such are the national team’s riches in that position. A glance at the attacking statistics in this season’s Premier League shows just why. (More Football News)

No player in England’s latest squad has scored more goals in the league than Reece James, Chelsea’s right-back, with four. Who in the squad has set up the most goals? Well, that’d be another right-back, Liverpool’s Trent Alexander-Arnold, who has four assists. He scored with an exquisite free-kick against West Ham on Sunday, too.

Then there’s a third right-back, Kyle Walker, who is consistency personified and displaying arguably the best form of his career at Manchester City. Kieran Trippier, a regular for Spanish champion Atletico Madrid and a starter for England in the European Championship final, didn’t make the squad this time.

Another talented English-born Premier League right-back, Matty Cash of Aston Villa, opted last month to switch nationality to Poland. He might just have seen the line of players ahead of him. So how has England become so loaded in one position?

“That's a great question!” James said Tuesday, with a laugh. “I don't actually know.” James said the position has changed compared to five or 10 years ago, when “being a right-back was maybe just being a defender.”

So the answer might lie in the influx of the so-called ‘super coach’ from abroad, bringing new ideas to the Premier League and revolutionizing the role of a full back to one who attacks as much as defends. Suddenly, it's an exciting position for a youngster to play.

Certainly, Pep Guardiola, City’s widely admired manager from Spain, used his full-backs as auxiliary midfielders and attackers in his previous jobs at Barcelona and Bayern Munich and has done so, too, at City since joining in 2016.

Joao Cancelo, currently City’s starting left-back, often has more touches in the opposition half than any of his teammates. The 23-year-old Alexander-Arnold has basically been Liverpool’s chief playmaker from right-back for the last three years under German coach Jurgen Klopp.

And at European champion, Chelsea, another German manager — Thomas Tuchel — deploys James and left-backs Ben Chilwell and Marcos Alonso virtually as wingers. Chilwell is also in the England squad and scored four goals in a five-game spell in October.

“He wants everyone to be attacking, to be non-stop, constantly attacking the box,” the 21-year-old James said of Tuchel. Walker, Alexander-Arnold and James are pushing each other on, it seems, as the right-backs of the three best teams in England who look set to be battling it out for the title this season.

James even picked out Walker as someone who has given him advice at low moments, urging him to keep working hard to get his opportunities.

James believes he is currently in the form of his life, having scored three goals in his last three league games for Chelsea and delivered the pinpoint cross for Kai Havertz to score against Burnley on Saturday. He is back in the squad at the expense of Trippier and is trying to put club rivalries to one side for the benefit of the group as a whole.

“But it isn't easy,” James said. “We play most of our football for our clubs and we want to win wherever we are.” Southgate said recently that a defender's priority should be to defend, which is why he has long favored the more pragmatic Trippier in his squad.

The selection of James and Alexander-Arnold this time, for World Cup qualifiers against Albania on Friday and San Marino on Monday, proved irresistible, though. It's one area where England must be the envy of European football.

“At the end of the day, you are a defender, not a striker,” James said. “But if you can add attacking play to your game, I definitely think it helps and benefits the team.”