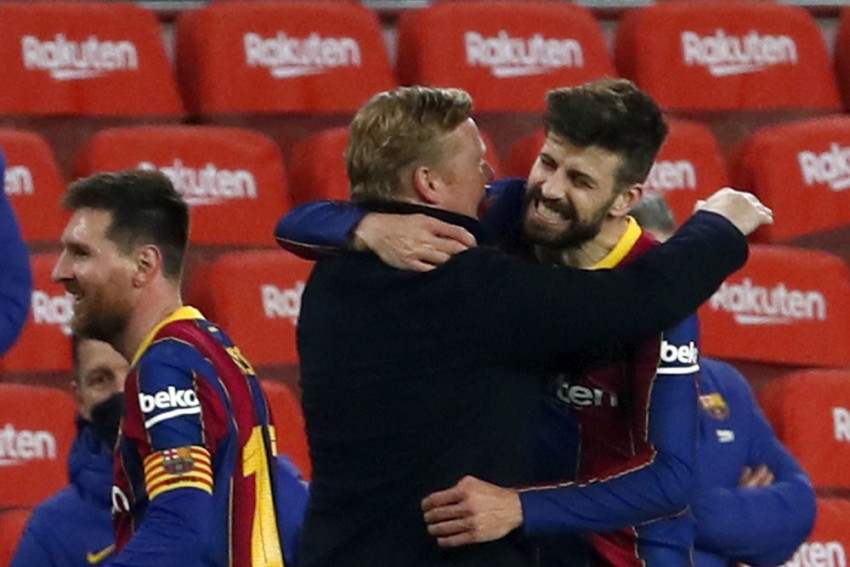 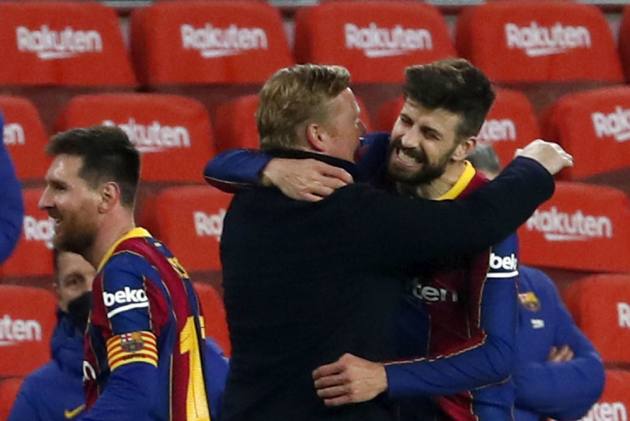 Barca overturned a 2-0 first-leg deficit as they stunned Sevilla 3-0 after extra time at Camp Nou on Wednesday to reach the Copa del Rey final.

Gerard Pique capitalised in stoppage time, doubling Barca's lead on the night and levelling the semi-final tie 2-2 on aggregate, moments after Sevilla's Fernando was sent off.

Martin Braithwaite then put Barca ahead early in extra time as the LaLiga giants moved through to face Athletic Bilbao or Levante in the decider.

Barca will also have to come from behind on March 10 if they are to advance to the Champions League quarter-finals, with Koeman's side trailing Ligue 1 holders PSG 4-1 following the opening leg on home soil.

Speaking to reporters post-match, Barca head coach Koeman said: "2-0 it is easier for a comeback, even though it isn't easy, but 4-1 is still something else.

"And they have a great team with great players and as in any match, we start the game to win and during the game we are going to see if there is a chance to go ahead.

"If not, we will have to accept it and keep going in the same way."

Barca have struggled for form and consistency during Koeman's first season at the helm – the Spanish powerhouse five points adrift of LaLiga leaders Atletico Madrid, who have a match in hand.

"It is true [that this was his happiest night as Barça coach in which he felt more proud of his footballers]," Koeman said.

"It is a strong step towards wining an important title. Also, with a 2-0 against as we had to make a very complete game. As a coach, you cannot ask for anything more. We have fought, we have created, we have played and make it till the last second from a psychical point of view.

"I trust that we deserved to go ahead and now to play the final because we were the better team in both matches."