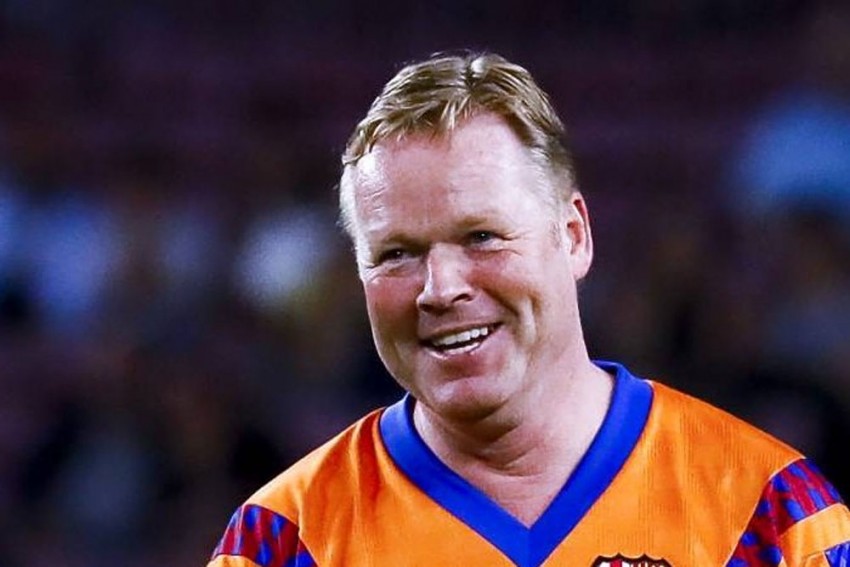 Barcelona coach Ronald Koeman was furious that his side missed two penalties in their Copa del Rey victory over Cornella. (More Football News)

The Catalans required extra time to overcome the Segunda B side, with Ousmane Dembele and Martin Braithwaite eventually securing a 2-0 win.

Cornella goalkeeper Ramon Juan had otherwise kept Barca at bay, making seven saves including two from the spot to deny Miralem Pjanic in the first half and Dembele in the second.

Those missed opportunities forced Barca to go to extra time for the third game in a row - after two Supercopa de Espana draws - for the first time in their history.

Barca have now missed five of their past eight penalties in all competitions, including their most recent four in a row, and Koeman slammed their success rate as ill-fitting of a club of their stature.

"The most important thing is always to go through, but we can't be happy because we scored goals," he said.

"We missed two penalties and you have to have more responsibility in these types of games.

"Again, 120 minutes, it's an important topic because we've had three games [like that] and that's on us. We created chances and two penalties... that cannot be.

"I can't complain about the effort but it's not only running, but also creating and being effective. It was really tough today. It cannot be and it can't be accepted.

"You have to win matches earlier. We missed two penalties, we had chances. It cannot be that a team like Barca misses so much.

"I don't understand it, either, because we usually have enough players who can score a penalty. It can be scary. I truly don't know why we've missed so many penalties. You can't miss two penalties as Barcelona players. This isn't serious."

Barca are next in action away to Elche in LaLiga on Sunday.