Ronald Koeman On Barcelona's La Liga Title Rrace: If We Win The Last Five Games, We Will Be Champions 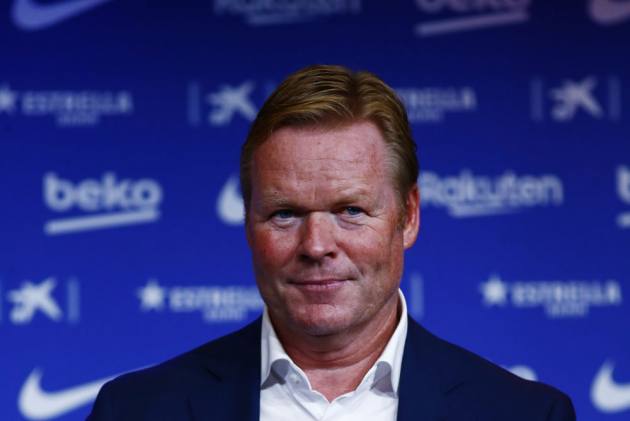 Ronald Koeman remains convinced Barcelona can still win LaLiga, even though they have left themselves with little margin for error during the run-in. (More Football News)

Barca missed the chance to take over at the top of the table on Thursday, letting slip a one-goal lead to surprisingly lose 2-1 at home to Granada.

The unexpected defeat means Koeman's side instead sit third with just five games to play in the top-flight campaign, starting with Sunday's tricky trip to Valencia.

Yet with Atleti still to visit Camp Nou, a defiant Koeman insists maximum points will be enough to pip both Diego Simeone's side and Real Madrid, who are second in the standings, to the title.

"It is true that we were very disappointed because it was a very great opportunity to get to the top, but there is no more time to be sad because we are fighting with the top three teams," Koeman told the media on Saturday.

"In all the games we have a lot of possession, we create opportunities. It is true that defensively we have to improve things.

"We expect a difficult game [against Valencia], where we are going to have a lot of possession, we have to create, be better defensively.

"It is a great opportunity that we have missed, but I am convinced that if we win the last five games we will be champions."

Sevilla are also firmly in the title race too, sitting just a point behind Barca, while Granada's midweek win provided a further example of why there are no certainties in a highly competitive league, according to Koeman.

"It is a strong championship, with very good teams. There are four teams fighting for LaLiga," he said.

"If you are not well, if you lack things, then you pay dearly. That is the beauty of this season. There is no team superior to the rest. That shows that it is a very strong championship."

Koeman was sent off after Granada's equaliser and is set to serve a two-game touchline ban, though Barcelona have appealed against the punishment.

The Dutchman will watch on from the stands for the game against Valencia, but a reduced suspension would allow him to be back in the technical area for the crucial clash with Atleti on May 8.

"We are going to appeal because I think it is a very exaggerated sanction for saying 'what a character', you wear two games, if you really insult, they give you 20 games," Koeman said.

"Tomorrow I will not be able to be on the bench, but we have technical staff and we are going to overcome it."