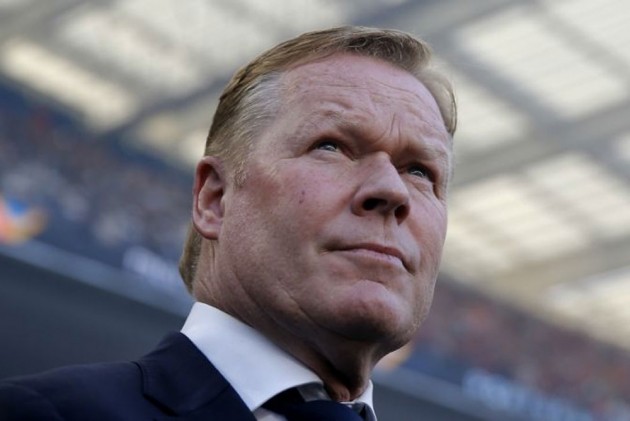 Former Barcelona player and assistant manager, Ronald Koeman, is all set to return as the new head coach of the La Liga giants. (More Football News)

According to reports in British and Spanish media, the Netherlands coach will be announced as under-fire Quique Setien's replacement at Camp Nou anytime this week.

They finished runners-up in La Liga, relinquishing the domestic title to bitter rivals Real Madrid. And failed to progress beyond the quarter-final stage in the Spanish Cup, losing to Athletic Bilbao. This is the first time in the past 12 years that Barca have ended a season without a trophy.

And the atmosphere at Barcelona has since become toxic with fans and well-wishers demanding a wholesome change in the club set-up. In fact, Gerard Pique had declared that "nobody is safe" at the club after their shambolic performance against the Bundesliga champions.

Koeman, 57, had previously turned down Barcelona job in January this year when the club was looking for a replacement for Ernesto Valverde.

It's worth mentioning that former Tottenham Hotspur manager Mauricio Pochettino was considered the hot favourite for the job, but the Dutchman seems to have beaten the Argentinian tactician.

ALSO READ: Who Should Leave In The Big Barcelona Clear-out

On Sunday, Barcelona president Josep Maria Bartomeu said that Setien "is out", thus confirming the sacking. The official announcement is likely to happen anytime.

Koeman, a former Barca defender, previously revealed his Netherlands contract contains a clause that allows him to depart for Camp Nou following Euro 2020, though the European Championship has been pushed back 12 months due to coronavirus.

Koeman, who underwent heart surgery in May, had addressed the Barca speculation and his future.

"I had a phone call [from Barca], as I've explained many times. But I want to keep my word with the national team, I thought we'd have Euro 2020 this summer," Koeman told Catalunya Radio.

"I'm happy with how things are with the national team and for me, that's the most important thing at the moment. None of us know what will happen in the future.

"In my contract, there is a clause that will let me leave the national team job after the Euros but now's not the time to be thinking about that. Everyone knows it's my dream to coach Barca."