Ronaldo buying the majority of stakes at Cruzeiro is his second experience as a club owner. Ronaldo, in 2018, bought a 51 per cent stake in the Spanish club, Valladolid. He spends much of his time in Spain. 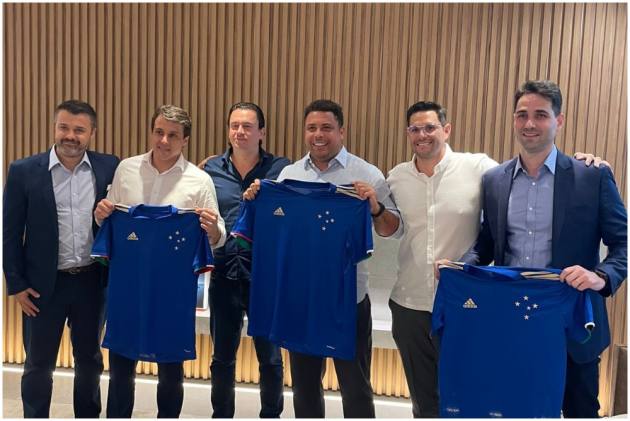 Legendary former Brazil footballer Ronaldo has bought majority stakes at his boyhood club Cruzeiro, the club said on social media. The 45-year-old Ronaldo, a two-time FIFA World Cup winner, and club president Sergio Santos Rodrigues said on Saturday through social media that there was an agreement in principle to buy the club. (More Football News)

Ronaldo began his professional career at Cruzeiro, the club based in Belo Horizonte where he played in 1993 and 1994. Cruzeiro has spent two years in the second division, hurt by financial debts.

"Ronaldo ‘Fenômeno’ signs an agreement with Cruzeiro and becomes the majority shareholder of SAF. Through Tara Sports, investment will be of R$ 400 million," Cruzeiro posted on their Twitter handle.

“I am happy. There is a lot of work ahead to take Cruzeiro to the place it deserves,” Ronaldo said in a video with Santos Rodrigues and Pedro Mesquita, a partner in Brazilian investment bank XP which is advising on the purchase.

On Twitter, Ronaldo posted a blue heart and a fox, Cruzeiro’s mascot. His arrival at Cruzeiro will be the former striker’s second experience as a club owner. In 2018, he bought a 51 per cent stake in Spanish club Valladolid.

Ronaldo was a three-time world player of the year. He spends much of his time in Spain, where he played for Real Madrid in the galacticos era from 2002-07.