In what has been a season of milestones, Ross Taylor leapfrogged Stephen Fleming as New Zealand's leading run-scorer in Test matches and became the first cricketer from any country to play 100 international matches in all three formats. 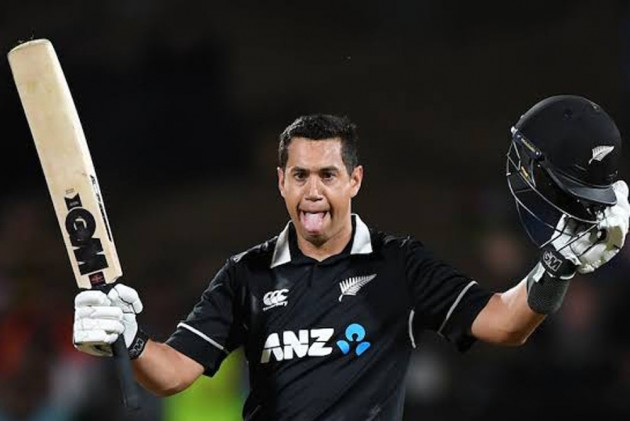 Veteran batsman Ross Taylor bagged the prestigious New Zealand Cricketer of the Year award on Friday, winning the Sir Richard Hadlee Medal for the third time for excelling across formats.

In what has been a season of milestones, Taylor leapfrogged Stephen Fleming as New Zealand's leading run-scorer in Test matches and became the first cricketer from any country to play 100 international matches in all three formats.

He scored 1389 runs in the last season in all formats and was an integral member of the New Zealand team which reached the World Cup final in July.

"It's been full of ups and downs. A World Cup final, losing that final. The Boxing Day test which was such a proud moment to be part of and to have so many Kiwis there supporting us was something I'll never forget," Taylor told reporters as the three-day virtual awards ceremony concluded.

"The biggest thing, I think, is the hunger and the mental motivation to keep getting better, if that's still there then age is just a number," the 36-year-old added.

"I've followed your career since 2006 as I was part of the selection panel when you played your first ODI and then test match," Hadlee told Taylor via video link.

"I've watched your progress over the past 14 years and I just want to congratulate you on all your performances and records to date.

"You've been a wonderful performer, you've got a fantastic record and on behalf of New Zealand Cricket I'd just like to say thanks very much for your contribution, not only to New Zealand cricket, but to world cricket.”

Pacer Tim Southee on Friday followed his best bowler award with the Test Player of the Year recognition.

Southee scalped 25 wickets at an average of 16.4 in the four Test matches that New Zealand won during the awards period.