Check telecast and match details of Royal Rumble 2021, which will officially kick off the road to WrestleMania 37 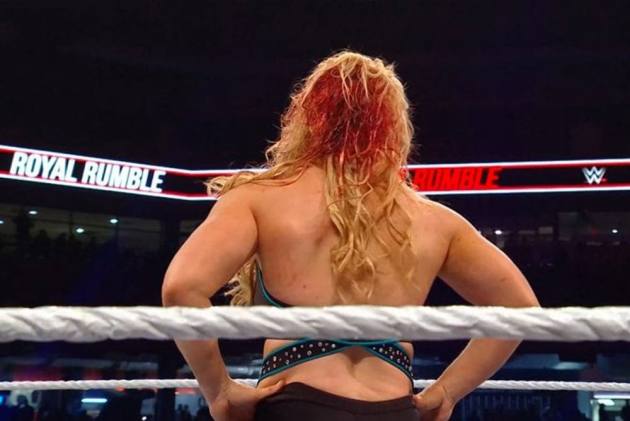 The road to WrestleMania 37 will officially kick start at the 2021 Royal Rumble, featuring the biggest and baddest superstars in World Wrestling Entertainment' (WWE). (More Sports News)

The Royal Rumble will feature 30 men and 30 women fighting for the right to feature in WrestleMania main events in their respective sections in April later this year.

This marquee event, featuring over-the-toprope matches and also other championship fights, will be the season's first pay-per-view.

All you need to know about Royal Rumble 2021:

According to a release, Sony Pictures Sports Network (SPSN) will telecast WWE Royal Rumble on February 1, 2021. The event, to be held at Tropicana Field in St. Petersburg, Florida, will be aired in the Indian subcontinent on SONY TEN 1 (in English) and SONY TEN 3 (in Hindi) channels from 5.30 am IST.

Kick off your #RoyalRumble weekend by reliving this 2018 classic in its entirety â¤µï¸Âhttps://t.co/1cYr1F4Ad0

Further Coverage Details, Including Show In Hindi For 'Desi' Fans

The release furthers said that, SPSN will also feature a LIVE WWE chat show titled “EXTRAA DHAMMAL LIVE” for the upcoming Royal Rumble 2021 which will give the ardent Indian WWE fandom a platform to express themselves after Royal Rumble 2021.

Hosted by Sahil Khattar, the one-hour show will also feature a WWE Superstar as a special guest along with the WWE Hindi commentators as experts.

As stated above, WWE Royal Rumble 2021 will feature 30 men and 30 women competing once again in the traditional Royal Rumble matches with the prize of challenging for a world title on the grandest stage of them all on the line.

Apart from the Rumble matches in the men's and women's division, the 2021 Royal Rumble will also see several titles being put on the line by WWE Superstars like Drew McIntyre, Roman Reigns, Big E and Bobby Lashley among others.

So, who are the 30 men and 30 women featuring in the rumble?