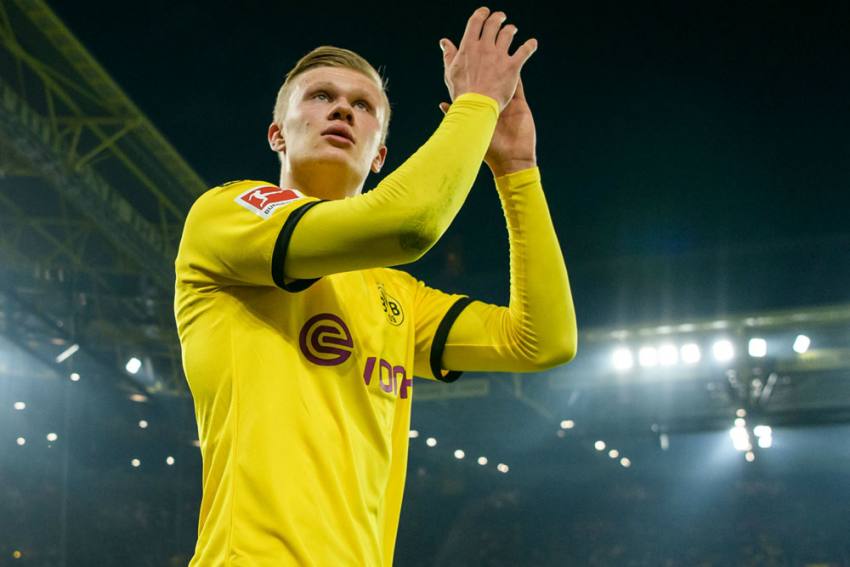 Erling Haaland is the name on everyone's lips this off-season. (More Football News)

As speculation mounts over his future, Dortmund are determined to keep the Norwegian.

Borussia Dortmund are demanding €200million (£172m) for star striker Erling Haaland, according to AS.

Dortmund previously quoted €180m (£154m) but BVB have reportedly increased their demands as they try to retain the Norway forward for at least another season.

- LaLiga champions Atletico Madrid are targeting Inter star Lautaro Martinez, according to AS. With Diego Simeone poised to extend his contract, the head coach is eyeing a move for Martinez, who has previously been linked with Barca.

- Fabrizio Romano reports PSG have agreed a deal to sign Georginio Wijnaldum, who had been tipped to join Barca with his Liverpool contract set to expire. As Wijnaldum looks destined for Paris, Marca claims Barca are now interested in City veteran Fernandinho. PSG are also in talks with Inter to sign Achraf Hakimi.

PSG board now still in negotiations with Inter to sign Achraf Hakimi as main target - Donnarumma will also decide his new club in the next days. #PSG

- Milan goalkeeper Gianluigi Donnarumma will decide his future in the coming days, according to Romano. The soon-to-be free agent has been linked with Juventus, Barca and PSG.

- Atletico are hoping to lure Arsenal full-back Hector Bellerin to Madrid, according to Marca. It comes as United reportedly try to prise Kieran Trippier from Los Colchoneros.