Rumour Has It: Liverpool, Manchester City To Battle For Florian Neuhaus 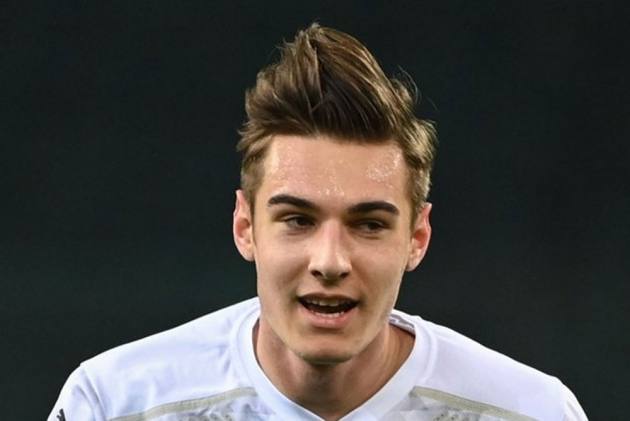 The race for Premier League glory may have tipped in Manchester City's favour but Liverpool are hoping to beat their title rivals in the race for a new star midfielder. (More Football News)

Germany international Florian Neuhaus is the player in demand and his club Borussia Monchengladbach may not be able to hold on to one of Europe's brightest talents.

The 23-year-old is being closely monitored by five major Champions League clubs and there is set to be a battle for his signature in the off-season.

It is understood that Neuhaus has a €40million (£35m) release clause in his contract with Gladbach, according to German media outlet Kicker.

That means Neuhaus will have the pick of his suitors, believed to be City, Liverpool, Bayern Munich, Borussia Dortmund and Italian champions Juventus.

He has already clocked up 81 appearances in the Bundesliga and the Reds see him as a potential replacement for the outgoing Georginio Wijnaldum.

- Liverpool are closing on a move for Watford forward Ismaila Sarr, according to the Senegal international's agent. The Liverpool Echo reports talks to sign the 22-year-old are at an advanced stage.

- Jose Mourinho's Tottenham are closing on a move for Sampdoria's Mikkel Damsgaard, but The Sun reports Leeds United, Southampton and West Ham are all in the hunt for the Danish midfielder.

- Chelsea attacker Hakim Ziyech is attracting interest from Serie A giants Milan and Juventus, according to Calciomercato, less than a year after the Morocco star moved to Stamford Bridge.

- Edinson Cavani and Juan Mata may be searching for new clubs as Manchester United are yet to decide on whether to activate extensions in their contacts, reports the Manchester Evening News.