Federico Valverde has only started 12 games in all competitions this season for Real Madrid, but the Uruguayan has impressed Manchester United boss Ole Gunnar Solskjaer 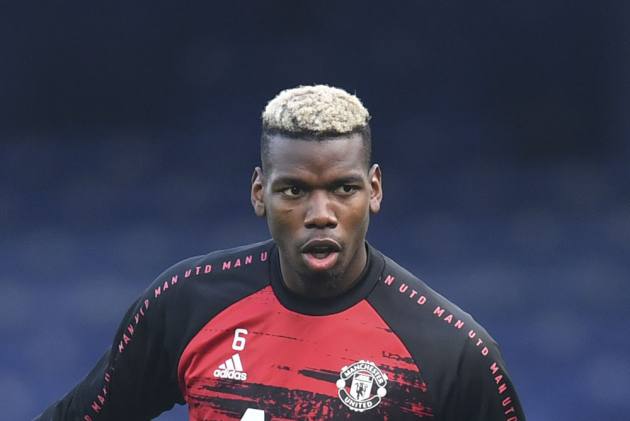 The 22-year-old has struggled with injuries this season, while veteran midfielders Luka Modric and Toni Kroos have been in vintage form for LaLiga's champions.

Valverde has only started 12 games in all competitions this season, but the Uruguayan has impressed Ole Gunnar Solskjaer enough for United to step up their efforts to bring him to Old Trafford this off-season.

Valverde has shown his class while featuring in 89 games during his three seasons in the Spanish capital and has turned heads at United.

The Red Devils are said to admire his energy and box-to-box qualities as they seek a long-term solution to lock down a place in the centre of Solskjaer's midfield, according to The Sun.

One snag in the recruitment drive could be the Uruguay international's buy-out clause of a staggering £148million, though United can offer him a major improvement on his current £120,000 per week wage.

- The David Alaba saga continues with the Bayern Munich defender confirming he will leave the German champions when his contract expires in the off-season. The Mirror reports the Austrian wants to switch to Real Madrid but the move depends on captain Sergio Ramos' future.

@SCBragaOficial defender David Carmo could be the chosen one... https://t.co/zjrB3ut76M

- Chelsea boss Thomas Tuchel may be eyeing a swoop for Paris Saint-Germain's Kays Ruiz-Atil but Barcelona are also interested in the teenager, who spent time at La Masia during his youth career, reports AS.

- Tottenham head coach Jose Mourinho's position is under close scrutiny, according to the Daily Mail, with RB Leipzig boss Julian Nagelsmann and Leicester City's Brendan Rodgers lined up as possible replacements should Spurs be willing to pay out a huge severance fee.