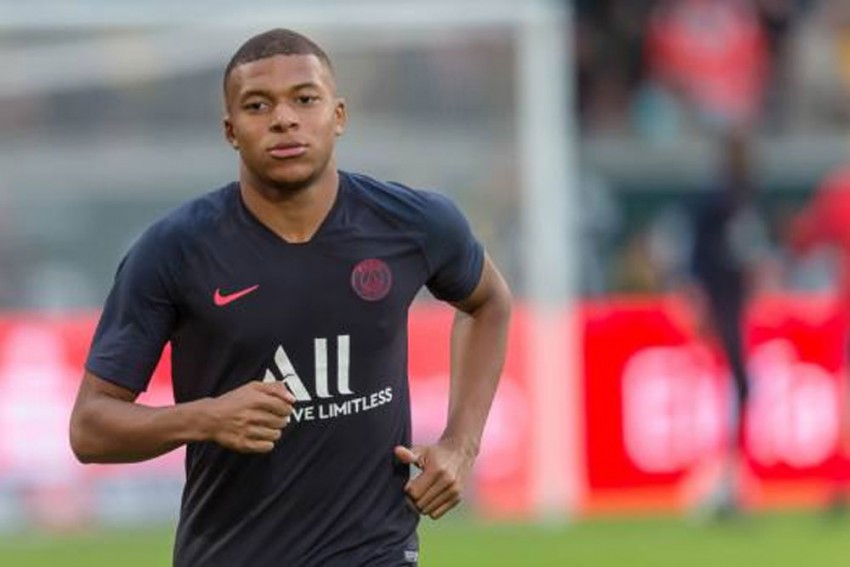 Kylian Mbappe's future is in his own hands after showing the world what he is capable of while scoring a hat-trick in Paris Saint-Germain's 4-1 Champions League demolition of Barcelona. (More Football News)

With his contract in the French capital set to expire in June 2022, Mbappe ultimately has the choice of either signing a new deal or leaving his hometown team – and the World Cup winner has been non-committal so far.

Should the 22-year-old sensation decide to take his career abroad, there will be no shortage of suitors, with four European giants ready to swoop.

If PSG cannot persuade Mbappe to sign a long-term extension, they will not want to lose a world-class talent without a fee, so the Ligue 1 champions have placed a €200million (£173m) tag on his head, according to Le Parisien.

Le Parisien reports the price may not deter the Frenchman's admirers, who include Premier League rivals Manchester City and Liverpool, Real Madrid and Juventus.

While those clubs may want him, it is unclear if all of them would be able to afford Mbappe, who is set to make more than €30m per year gross on his next contract. Reports claim PSG will aim to price their Champions League rivals out of a deal.

PSG will set Kylian Mbappe's asking price at €200 million if he decides to leave this summer, according to Le Parisien  pic.twitter.com/5GJXNiHCjZ

- While Manchester United are not being credited with an interest in Mbappe, they are seemingly keen on an international colleague of his. Bild believe Bayern Munich want to extend Kingsley Coman's contract beyond 2023, but the Red Devils are reportedly circling with intent.

- It is difficult to imagine Harry Kane wearing the jersey of any club other than Tottenham, and Spurs chairman Daniel Levy has slapped a £150m valuation on him to ensure he stays put, according to the Daily Mail. Manchester City and United are rumoured to be long-term fans of the England captain, but whether they can meet such a figure remains to be seen.

- While Kane and Erling Haaland have been mentioned as potential targets for Manchester United, Sky Germany say they are also monitoring Eintracht Frankfurt striker Andre Silva as a more affordable back-up. The Portugal international is in the form of his life with 18 Bundesliga goals in 20 appearances this term having joined permanently from Milan last year.

- Villarreal centre-back Pau Torres has been a standout performer in LaLiga this term, his forward-thinking style of play essential to the Yellow Submarine. Goal claim Real Madrid have taken note and see him as a potential replacement for Sergio Ramos, who could leave at the end of the season. The 24-year-old's €65m asking price could be an issue, however.

- Two Arsenal greats are being linked with a return to English football. Former Gunners and France team-mates Thierry Henry and Patrick Vieira are two of the favourites for the vacant managerial position at Championship side Bournemouth, according to talkSPORT.