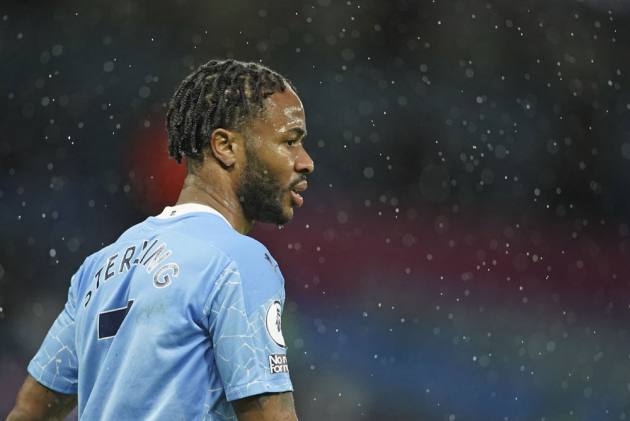 Phil Foden has taken Sterling's role with devastating effect, including scoring the winner in their midweek Champions League triumph over Borussia Dortmund.

Sterling's contract talks have also been shelved for the season, fuelling the rumours.

Real Madrid have reignited their interest in Manchester City winger Raheem Sterling according to the Daily Star.

Sterling is contracted with City for another two seasons, putting them in a strong position to hang on to the England international with a reported £80million price tag.

But regular football and the lure of Madrid could be compelling for Sterling who joined City from Liverpool in 2015 for £44m.

EXCLUSIVE: Raheem Sterling back on Real Madrid's radar as he struggles for Man City starts

-The Daily Star reports that Paul Pogba's agent Mino Raiola has informed Manchester United that he will only re-sign for a mammoth £500,000-a-week contract. Interested clubs Juventus, Real Madrid and Paris Saint-Germain have also been informed of his wage demands.

-Adama Traore will be offloaded by Wolverhampton as they seek to raise funds for their off-season recruitment reports Football Insider.

-Manchester United are homing in on 18-year-old Metz midfielder Pape Sarr according to The Sun although they will face plenty of competition.