Rumour Has It: Real Madrid's Contract Negotiations With Sergio Ramos At A Standstill

Out of contract at the end of the season, Real Madrid defender Sergio Ramos' future is unclear 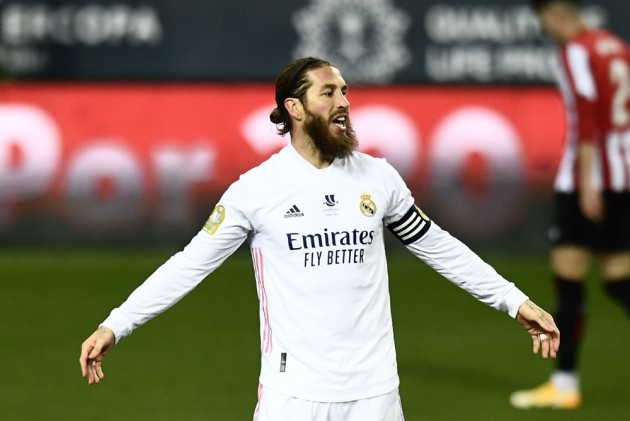 Ramos, 34, is out of contract at the end of the season and reportedly turned down a one-year deal from Madrid.

Negotiations between Real Madrid and Sergio Ramos are at a standstill, according to Le 10 Sport.

Amid the uncertainty over his future, Ramos has been linked with numerous European giants.

But Telefoot reported there had been no contact between Ramos and Paris Saint-Germain.

- Starting to find form again for Borussia Dortmund, Jadon Sancho is set to be the subject of transfer speculation ahead of 2021-22. But Sky Sports reports talks about a move for the reported Manchester United target are unlikely in January, with an off-season switch possible.

- PSG seem keen to land Dele Alli in January. Fabrizio Romano claims the midfielder is pushing to join the Ligue 1 giants on loan and Mauricio Pochettino's PSG will not give up on a deal.

- Milan appear set to add depth to their squad. The Serie A leaders have agreed a deal with former Juventus striker Mario Mandzukic, according to CalcioMercato.

- Staying at Milan and they are also reportedly set to land Fikayo Tomori from Chelsea. Romano says Tomori is set to join on loan with an option to buy for €30million (£26.7m).