Rumour Has It: Steven Gerrard Lined Up For Liverpool Return As Jurgen Klopp Exit Looms 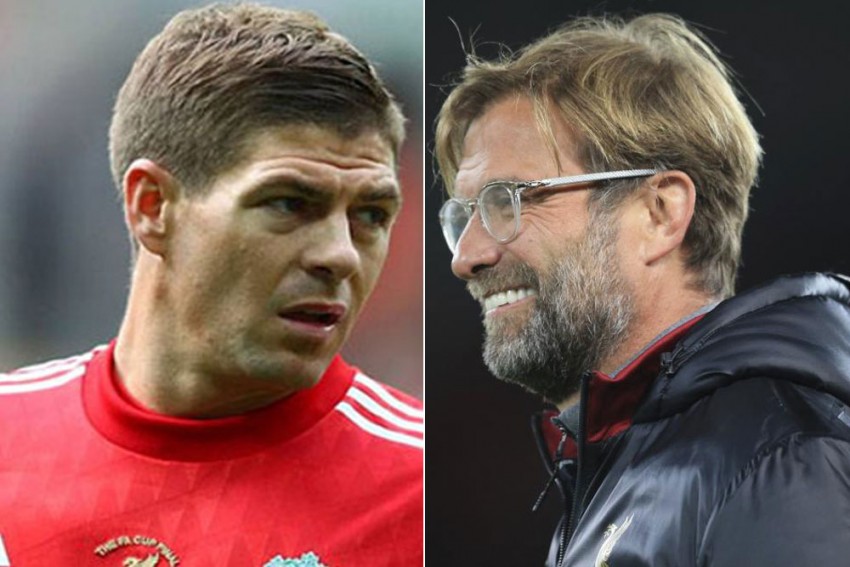 Klopp ended Liverpool's 30-year wait for league glory last season, but the German manager could be set for a return to his homeland.

His exit could see Gerrard return to Merseyside.

Steven Gerrard may soon return to Anfield but as manager to replace Liverpool boss Jurgen Klopp, according to The Mirror.

Liverpool reportedly expect Klopp to take up an opportunity with Germany in the near future amid doubts over long-time head coach Joachim Low.

As a result, Liverpool legend Gerrard has been sounded out as he has Rangers on a cusp of a drought-breaking league title in Scotland.

Gerrard, who made more than 700 appearances for Liverpool, took control of Rangers in 2018.

- Erling Haaland seems to be on every club's wish list but the Mirror reports Manchester City have joined the queue for the Borussia Dortmund star. City manager Pep Guardiola and Haaland's agent Mina Raiola have a testy relationship but the Premier League leaders will press ahead with an alleged £100million (€115m) deal. English pair Chelsea and Manchester United are also reportedly interested along with Real Madrid, Barcelona, Juventus and Paris Saint-Germain.

- LaLiga giants Barcelona are in the market for a young defender and have set their sights on Inter's 21-year-old Alessandro Bastoni, according to Calciomercato.

Chelsea want to keep Thiago Silva also for the next season and they’re prepared to discuss with his agent about the contract-extension clause. #CFC board and Thiago Silva (with his agent) will decide soon. #chelsea https://t.co/ydP40w8riT

- Arsenal are in the hunt for Wigan Athletic sensation Kyle Joseph, with the teenager scoring five goals in 14 appearances. The Mirror claims the Gunners have joined Celtic and Rangers in their interest in the London-born Scotland youth international whose current contract expires in June.

- Liverpool and rivals United are eyeing Leicester City's Harvey Barnes, reports the Mirror. The 23-year-old has established himself as a key player for the Foxes.

- Eric Bailly is in talks with United over a new long-term contract, claims The Sun. The 26-year-old defender, who has been plagued by injuries at Old Trafford, is out of contract in 2022. It comes amid United's reported interest in Sevilla's Jules Kounde, Ibrahima Konate of RB Leipzig and Brighton and Hove Albion star Ben White.