According to US Justice Department documents released Monday, FIFA officials received bribes to vote in favour of awarding the 2018 World Cup to Russia and the tournament in 2022 to Qatar 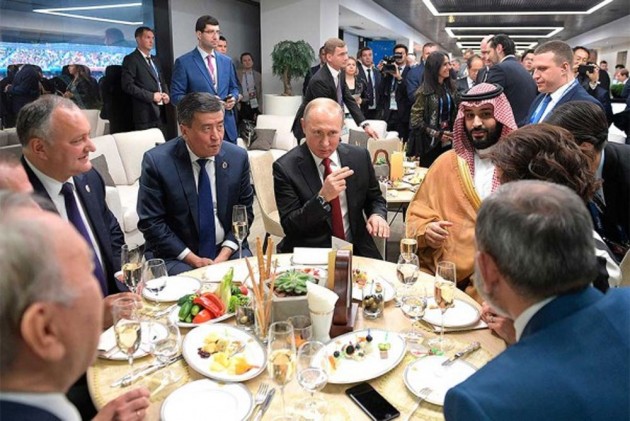 The Kremlin on Tuesday "categorically" denied allegations that Russia had bribed FIFA officials for the right to host the 2018 World Cup. (More Football News)

He said the decision was "not linked to any bribes, we categorically deny this." "Russia organized the best football World Cup in history. We are proud of it," he added.

According to US Justice Department documents released Monday, FIFA officials received bribes to vote in favour of awarding the 2018 World Cup to Russia and the tournament in 2022 to Qatar.

"We have read the articles in the media. We do not understand what it is about," Peskov said.

The allegations are linked to a wide-ranging 2015 corruption scandal that left world governing body FIFA in turmoil and led to the downfall of then-president Sepp Blatter.

In the ensuing years, the US government has accused a total of 45 people and various sports companies of more than 90 crimes and of paying or accepting more than USD 200 million in bribes.