The four-year ban from international sporting events given to Russia has "political considerations", according to President Vladimir Putin 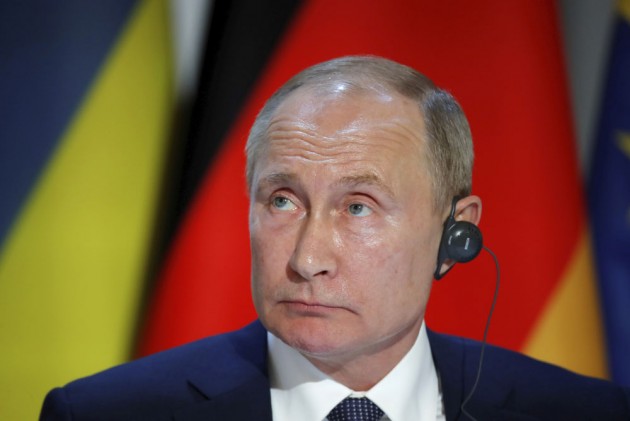 Vladimir Putin believes Russia has grounds to appeal the four-year ban handed to them by the World Anti-Doping Agency (WADA), a suspension he suggested had "political considerations." (More Sports News)

WADA announced on Monday that Russia would be banned from competing at international sporting events for four years, with the country unable to field teams under their flag at the 2020 Olympic and Paralympic Games in Tokyo or the 2022 World Cup.

Individual Russian athletes will still be able to enter global competitions under a neutral flag, as was the case for 168 Russians at the 2018 Winter Olympics when the country was banned.

WADA's International Standard for Code Compliance by Signatories does not list UEFA as a "major event organisation", so Russia will also be free to compete at Euro 2020, for which they are one of the host nations.

Russia have been given 21 days to respond to the sanctions proposed by WADA, which relate to tampering with data obtained from a laboratory in Moscow this year, and president Putin suggested his country will be lodging an appeal, while also stating his belief that the ban is a political punishment, rather than a sporting one.

"First of all, we need to analyse this decision. Here is the obvious part, which I can see immediately. For example, there are no complaints to the National Olympic Committee. If there are no complaints, the country must be able to take part in competitions under the national flag, according to the Olympic Charter," Putin told a joint news conference following a Normandy format summit, in quotes reported on the Kremlin's official website.

"This means that this part of the WADA decision contradicts the Olympic Charter. Therefore, we have good reason to appeal to the Court of Arbitration for Sport (CAS).

"There are also some other arguments, but first our experts and lawyers should analyse everything so that we can talk with our partners competently. However, I believe that the main thing, and everyone seems to accept it, is that punishment must be individual and based on the acts committed by an individual.

"Punishment must not be collective, that is, applied to the persons who have no connection with a given crime. Everyone is aware of this. I believe that the WADA experts are aware of this as well.

"But if they take decisions on collective punishment, I think this is a reason to believe that these decisions do not seek to keep sports clean but are based on political considerations, which has nothing to do with the interests of sport and the Olympic Movement."