Ruturaj Gaikwad's 60-ball knock was laced with nine fours and five sixes. He became the youngest CSK player to score an IPL ton. 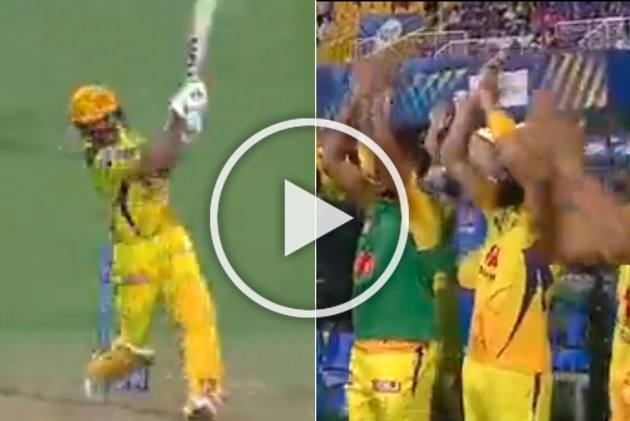 With six balls left in the CSK innings, Gaikwad witnessed his batting partner Ravindra Jadeja going berserk at the other end. And it looked like the 24-year-old will miss the chance to complete the landmark. But Jadeja, took a single off the fourth ball, leaving two deliveries for Gaikwad.

Mustafizur Rahman produced a well-directed bouncer for the fifth ball even as Gaikwad tried to hook it. A dot, and Gaikwad was left with only one ball to reach 100. The right-handed batter then hoisted the next ball for a six, over deep mid-wicket.

With that century let me introduce the new orange cap holder #RuturajGaikwad pic.twitter.com/vGNilRgvJu

His 60-ball knock was laced with nine fours and five sixes. In the process, Gaikwad, at 24 years and 244 days, became the youngest CSK player to score an IPL ton. He is also the ninth player for the Chennai-based team to achieve the feat.

Earlier in the innings, he also became the first batter to breach the 500-run mark this season.

Meanwhile, star all-rounder Ravindra Jadeja remained unbeaten on 32 off 15, and they added 55 runs 25 balls for the fifth wicket.

MS Dhoni's CSK became the first side to qualify for the IPL 2021 playoffs with their win over Sunrisers Hyderabad on Thursday.