Born in South Africa, Ten Doeschate made his debut in Amstelveen in 2006 against Sri Lanka in an ODI match. 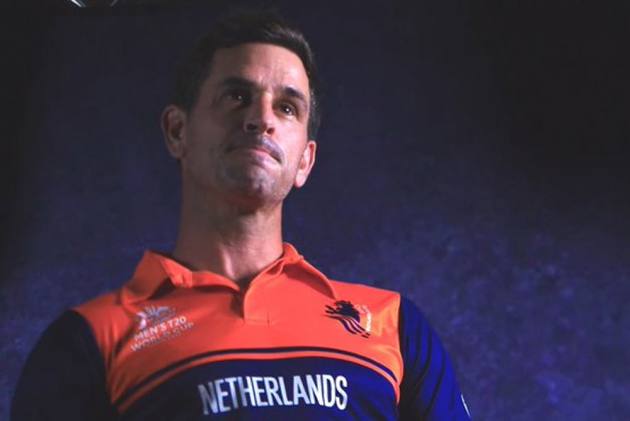 Netherlands all-rounder Ryan ten Doeschate on Friday announced his retirement from international cricket after his side failed to qualify for the Super 12 stage of the T20 World Cup in Sharjah, UAE. (More Cricket News)

"It's been a tough tour to finish on but it's been a pleasure to be a part of the efforts again. It has always been a privilege to represent The Netherlands," Ten Doeschate said in a Cricket Netherlands (KNCB) statement.

"The professionalism and dedication that this team and support staff have shown has been inspirational. I'm grateful to the players, coaches and everyone involved with the KNCB for allowing me to have enjoyed some of the spectacular highs of international cricket."

KNCB said ten Doeschate has played his final international cricket match and thanked him "for everything he has done for the sport, in the Netherlands and abroad".

Head coach Ryan Campbell said: "Doeschate represented Dutch cricket hope. Sometimes words don’t mean enough when summing up someone’s career. It has been an honor for me as a coach to have him.

"His skill, knowledge of the game & calmness under pressure was outstanding. Finally, he represented cricket hope to the Dutch, he gave us a belief that we could compete against anyone. He will be sorely missed as a player but hopefully not lossed to Dutch cricket entirely."

Born in South Africa, Ten Doeschate made his debut in Amstelveen in 2006 against Sri Lanka in an ODI match. He went on to play 33 ODIs and 24 T20s for the Netherlands.

Most notable in his international career are the 119 runs against England and 106 against Ireland in 2011 at the ICC Cricket World Cup, and the 259 not out against Canada in the ICC Intercontinental Cup in 2006.