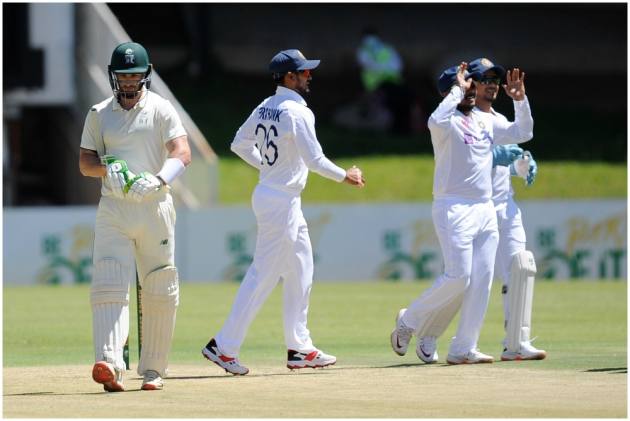 India A pacers grabbed five wickets as South Africa A reached 233/7 on the opening day of the second unofficial Test in Bloemfontein on Tuesday. (More Cricket News)

Speedsters Navdeep Saini (2/54), who has lost his place in the Indian team, Ishan Porel (2/26) and left-armer Arzan Nagwaswalla (1/44) shared five wickets among them, while spinners Saurabh Kumar (1/64) and Baba Aparajith (1/34) accounted for one batter each.

George Linde (44) was the top scorer for his side on Day 1. Nagwaswalla got rid of rival skipper Peter Malan (0) in his very first over before openers Sarel Erwee (38) and Raynard van Tonder (34) stitched a 72-run partnership.

Opting to bat, South African A batters Zubayr Hamza (31) and Sinethemba Qeshile (32) and Linde (44) had good starts but they couldn't go the distance as Indian bowlers kept striking at regular intervals.

Linde’s knock included three fours and one maximum. He had a 53 run-partnership with Marco Jansen (38 not out) before Saini dismissed him in the 83rd over. Abhimanyu Easwaran and Sarfaraz Naushad Khan bowled one over each and went wickekless.