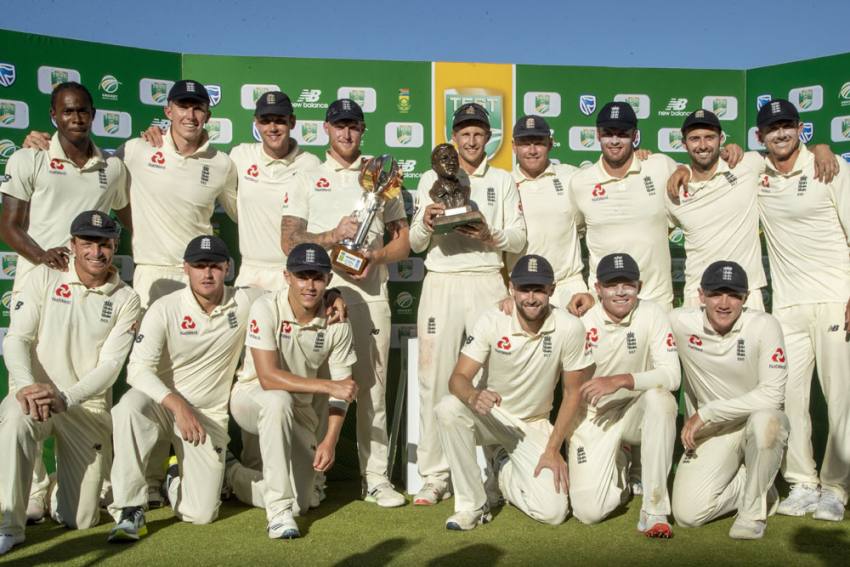 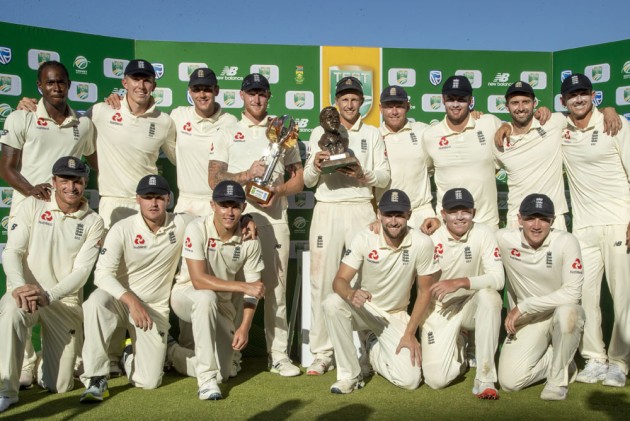 England wrapped up a comprehensive 3-1 series win over South Africa as their bowlers sealed a 191-run victory on day four of the fourth Test at The Wanderers. (More Cricket News)

Rassie van der Dussen agonisingly missed out on his first Test century as England took 10 wickets on Monday in Johannesburg to complete the win with a day to spare.

Chasing a world-record target of 466, South Africa had made a solid start before losing captain Faf du Plessis (35) and Van der Dussen (98) in the last 10 minutes before tea.

That dropped the Proteas from 181-2 to 187-4 and England quickly got rid of the home side's lower order in the final session for a third consecutive triumph, Mark Wood (4-54) ending with nine wickets in the match.

Woakes almost took a second wicket in the over when he had Van der Dussen given out lbw with a full delivery, only for the batsman to earn a reprieve after making a late decision to use a review, with the ball shown to be missing the stumps.

Van der Dussen set about an impressive innings but he lost partner Dean Elgar (24) seven balls before lunch when the opener was caught and bowled by Stokes (2-47).

Next man in Du Plessis put on 92 with Van der Dussen for the fourth wicket but they could not quite see it through to tea as Stokes dismissed the Proteas captain with a delivery that stayed low and hit the stumps via the toe of his bat.

Van der Dussen had hit 15 fours and two sixes in his eye-catching 138-ball knock but Wood, who took a five-for in the first innings, had him caught by Stuart Broad at short extra cover in another decisive blow prior to the interval, the frustrated batsman out just shy of three figures.

Quinton de Kock (39) and Temba Bavuma (27) combined for 48 in the last South Africa stand of significance.

But Broad (2-26) got rid of Bavuma and Dwaine Pretorius (2) in short order and the hosts' collapse gathered pace from there.

Wood abruptly ended Vernon Philander's last innings for 10 with a short delivery caught down the leg side, the veteran bowler given a standing ovation by his team-mates on his return to the dressing room. He also dismissed De Kock, who gifted Woakes a straightforward catch.

A comical run out for Beuran Hendricks (4) soon followed and man of the match Wood was fittingly the one to take the final wicket as Anrich Nortje (4) fell.