South Africa have named Quinton de Kock as their new captain in ODIs, with his first series leading the team to come against England 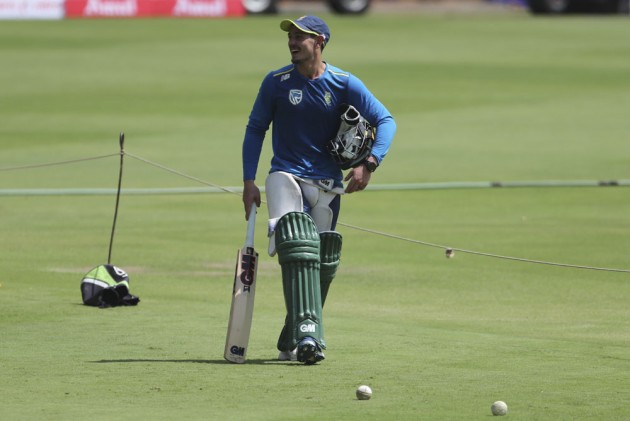 Quinton de Kock has been named as the new South Africa captain in ODIs ahead of the series against England, with Test skipper Faf du Plessis not included in the squad. (More Cricket News)

South Africa will play England in three matches over the space of six days from February 4 and will be led by wicketkeeper-batsman De Kock.

Du Plessis, under mounting pressure as the Proteas' Test leader, has recently discussed which international commitments he will keep after this year's T20 World Cup and he is not in the 15-man squad for the series.

Cricket South Africa, while not directly naming the previous ODI skipper, indicated in Tuesday's announcement that some senior members of the squad have been rested as they look to blood young players. Along with Du Plessis, Kagiso Rabada, Dale Steyn and Chris Morris have all been omitted.

De Kock has 115 caps and 4,907 runs in the 50-over format, while du Plessis is the country's highest-ranked batsman and fourth in the ICC ODI rankings.

"We all know the quality of the player that Quinton de Kock has grown to become," said Graeme Smith, the CSA acting director of cricket.

"Over the years, we have watched him grow in confidence and become one of the top ODI wicketkeeper-batsmen in the world. He has a unique outlook and manner in which he goes about his business and is tactically very street smart.

"We are confident that the new leadership role will bring out the best in him as a cricketer and that he can take the team forward into the future and produce results that South Africans the world over can be very proud of.

"We wish him the very best in this new role and look forward to watching him make his mark in this series against the World Cup champions."

After England's win over South Africa in the third Test of the ongoing four-match series at St George's Park, Du Plessis had outlined there were likely changes to his commitments ahead, also suggesting he may opt to give up Test cricket.

Du Plessis said: "There isn't a lot of Test cricket left this year. There's one massive Test where we need everyone to be as strong as possible to try and draw the series.

"After that, there is quite a big gap and there is an opportunity then to release some of the captaincy when it comes to giving guys opportunities especially in one-day cricket.

"If I am brutally honest with myself, at the moment white-ball cricket is where I am most successful.