Chasing a target of 305 runs, South Africa were never really in the game as Jasprit Bumrah, Mohammed Shami and Mohammad Siraj bowled relentlessly to keep the Proteas at bay in the first SA vs IND Test. 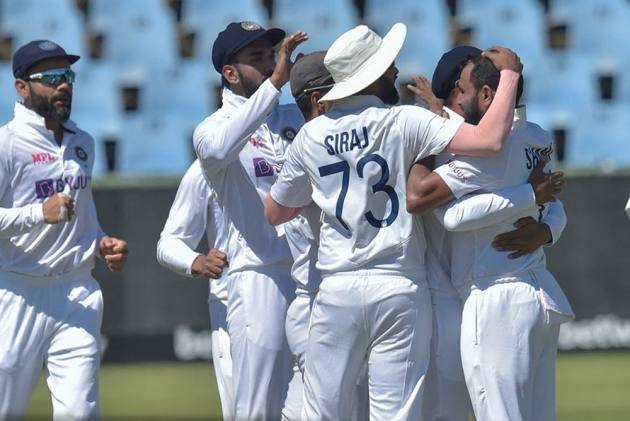 After India registered their maiden Test win in Centurion by defeating hosts South Africa on Thursday, skipper Virat Kohli was all praise for his teammates. India defeated the Proteas by 113 runs despite the rain ruining an entire day's play on Day 2. This was India's fourth Test win in South Africa, and the first by an Asian team at the venue.

Given that only 4 days of play was possible that too with some chances of rainfall on the final day, Indian cricketers played their hearts out to bag the game before the heavens could open and deprive them of a lead going ahead into the three-match Test series.

Chasing a target of 305 runs in the fourth innings, South Africa were never really in the game as Jasprit Bumrah, Mohammed Shami and Mohammad Siraj bowled relentlessly to keep the Proteas at bay.

Soon after India won the game to take a 1-0 lead, Kohli wasted no time in acknowledging the effort of his bowlers, especialy the pacers, who bundled out South Africa on Day 5 despite the pitch and old ball not offering much help.

"We knew we were in pole position with anything over 300-320. We have a lot of belief in our bowling unit and knew the bowlers will get the job done," said Kohli at the post-match presentation ceremony.

"Just the way these guys bowl together, it's just a hallmark of our team getting a result from that position, not just in this game but also in the last two-three years,” he added.

The match witnessed Shami becoming the third-fastest Indian pacer to reach the landmark of 200 Test wickets. His match figures of 8/107, including a fifer during South Africa's first innings, played a crucial role in the game for the guests.

"Absolutely world-class talent. For me, he's in the best three seamers in the world at the moment. His strong wrist, his seam position and his ability to hit a length consistently," Kohli lauded the Uttar Pradesh-born pacer.

India had sensed a victory in the first innings itself when KL Rahul and Mayank Agarwal laid a perfect platform by stitching 117 runs for the opening wicket after captain Kohli opted to bat first on a tough wicket at the SuperSport Park.

While Mayank scored 60 runs, Rahul capitalised his start to hit a sensational ton (123 runs) to eventually bag the player of the match award.

"The discipline that the batters showed...Winning the toss, batting first overseas is a tough challenge. Credit to Mayank and KL the way they set it up,” said Kohli.

India and South Africa meet next on Monday for the second Test match of the series. The game will be played at the Wanderers Stadium, Johannesburg.