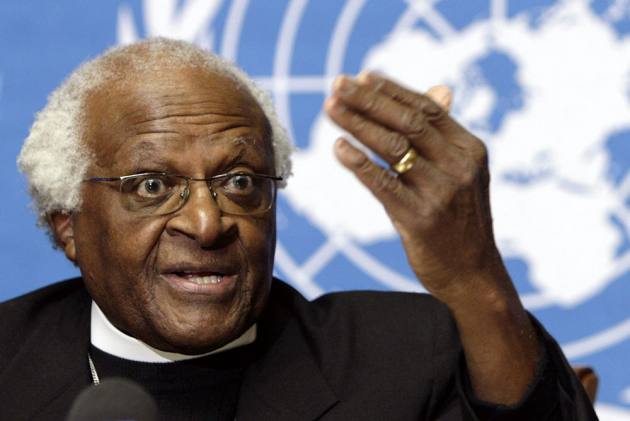 Indian and South African cricketers on Sunday observed a moment's silence before the start of the first Test match in honour of Archbishop Desmond Tutu, who died earlier in the day.

Tutu, who famously coined South Africa's epithet, Rainbow Nation in 1994 after the country's liberation from the apartheid regime, died in Cape Town at the Oasis Frail Care Centre in the morning. He was 90 years old.

"The Proteas cricket team and South Africa as a nation, mourn world renowned statesman, Archbishop Emeritus Desmond Tutu who passed away this morning... The teams had a moment of silence ahead of the start of the first Betway Test match against India. The Proteas are wearing black armbands in honour of Mr Tutu," the Indian team's media wing said.

The South African players wore black armbands as a mark of respect to the Nobel Peace Prize-winning activist.

While conferring the prestigious award in 1984, the Nobel Committee cited his "role as a unifying leader figure in the campaign to resolve the problem of apartheid in South Africa".

Desmond Tutu is known for his work as an anti-apartheid and human rights activist.

He was the Bishop of Johannesburg and Archbishop of Cape Town, in both cases being the first black African to hold the position.

Tutu had been hospitalised several times since 2015, after being diagnosed with prostate cancer in 1997.