Shardul Thakur, because of his superior batting skills holds an advantage over senior pro Ishant Sharma, and it could mean that only one among Shreyas Iyer, Ajinkya Rahane and Hanuma Vihari will get a look in. 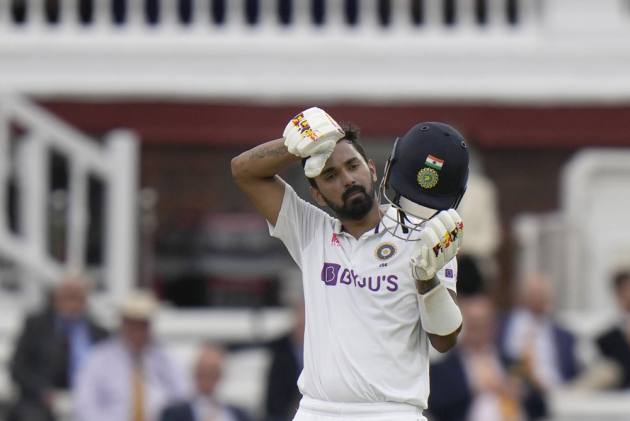 India vice-captain KL Rahul on Friday indicated that the team will continue with its five-bowler strategy in the first Test against South Africa but agreed that the choice between Ajinkya Rahane and Shreyas Iyer for the number five slot is a tough one.

India have been practising at Centurion for a week ahead of the opening match, starting Sunday, and the newly-appointed vice-captain believes that a good start is needed to set the tone in the Rainbow Nation where they have never won a Test series.

Asked if playing four bowlers, which allows an extra batter in the line-up becomes a workload management problem for the team, Rahul replied in an affirmative.

"Every team wants to pick up 20 wickets to win Test match. We have used that tactic and it has helped us in every Test match that we have played away," Rahul said during a virtual media interaction.

"Workload also becomes slightly easier to manage with five bowlers and when you have that kind of quality (in Indian ranks), I think, we might as well use it," the senior opener made it amply clear that a fourth pacer will play.

Shardul Thakur, because of his superior batting skills holds an advantage over senior pro Ishant Sharma, it could mean that only one among Iyer, Rahane and Hanuma Vihari will get a look in as Rahul, Mayank Agarwal, Cheteshwar Pujara, Virat Kohli and Rishabh Pant select themselves.

"It is a very difficult decision to make obviously. Speaking about Ajinkya, he has been an important member of the Test team, played very, very crucial knocks in his career," Rahul was waxed eloquent about his senior teammate.

"In the last 15-18 months, he has played some crucial knocks, that partnership with Pujara at Lord's, was important for us in winning the Test match.

"Shreyas, obviously has taken his chances and got a brilliant hundred (along with a fifty) in Kanpur and he is very exciting. Hanuma has done the same for us, so it's a tough decision"

It was but only natural that Rahul, as a part of team management, kept cards close to his chest.

"We will start having a chat today or tomorrow and you will get to know in couple of days time."

Rahul also agreed with rival seamer Suanne Oliver's assertion that Supersport Park track is slow to begin with and quickens up later only to again taper off towards the end of the match.

"I think Duanne Oliver will know these conditions a lot better than us and yes, last time, we played here, the wicket started off bit slow and then quickened up and then became slow again.

"It's been that kind of a pitch, we have had centre wicket practice and we experienced the same things, we tried to prepare accordingly."

Pace and bounce in South Africa is different

The bounce in South African tracks isn't similar to that in Australia where it's faster and the bounce is more even, reckons Rahul.

"It's pace and bounce in pitches here which is very different to every other country. We have come early and tried to get adjusted as it has been a great week of preparation.

"Sometimes pitches can be a bit different because of its tennis ball bounce. In Australia, pitches can be fast and bouncy. We have had a lot of sessions and we are trying to understand and adjust to the conditions."

Nothing changes after becoming vice-captain

Rahul is the new deputy to Virat Kohli in absence of an injured Rohit Sharma and for him his primary duty is to give the team a good start and if required provide his skipper with technical inputs.

"I have always enjoyed responsibility and as an opener, we have responsibility of providing good starts. Now, may be a bit more involvement with regards to making strategy with the captain. May be pass on some more information and take some pressure off Virat."

For Rahul, key to success is keeping things simple and not to over-think.

"I don't think too much and put myself under pressure that since I have performed in England, I have to do well here and what if I don't do well over here," he said when asked if replicating the show in England is on his mind.

But obviously, he would like to put his best foot forward.

"What I have in my hands is to prepare in the best possible manner and give myself that chance. My preparation has been good. Not just me but everyone had good time, so we are all excited.

"I would try to replicate my form in England and give my team a good start, get through that new ball and hopefully, I can continue that form," he concluded.