Since their historic first visit in 1992, the tour to South Africa has been an 'Achilles' Heel' for India and skipper Virat Kohli, who is certainly veering towards the business end of his leadership tenure, will like to achieve a first. 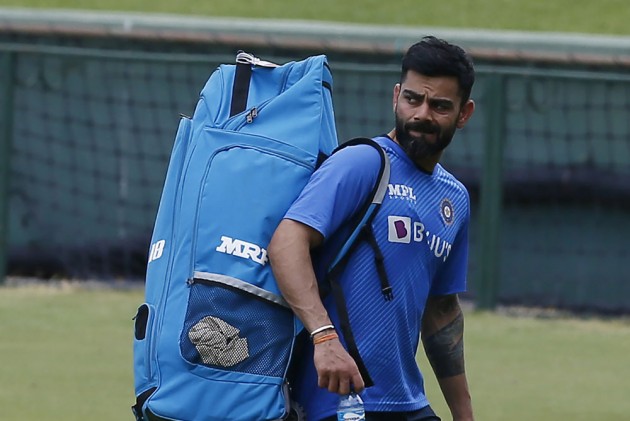 Skipper Virat Kohli will be battling on multiple fronts with an aim to get the tricky team combination right as India have a real shot at winning their first-ever away series against South Africa, which is short on experience going into the contest, starting with the Boxing Day Test.

The choice between an untested rookie like Shreyas Iyer and a proven but out-of-form Ajinkya Rahane for the number five slot, is not an enviable one. It's more like choosing between rock and hard place with fear of unknown being a persistent factor.

Not to mention the hard call on whether Shardul Thakur with far superior skills should be the fifth bowler in place of an 'over the hill' Ishant Sharma.

READ: Rahul Dravid As Cool As Ever

These are not easiest of decisions to make that require copious amounts of tactical acumen mixed in equal proportion with proper communication skills.

In Mumbai, during the New Zealand Test, the team management could "rest" both Rahane and Ishant on the pretext of niggles but if on Sunday, the duo doesn't figure in the playing eleven, it will be as good as being dropped.

In the last Test, they were "unofficially dropped" and in this one, they will be officially dumped.

Since their historic first visit in 1992, the tour to Rainbow Nation has been an 'Achilles' Heel' for the touring Indian teams and skipper Kohli, who is certainly veering towards the business end of his leadership tenure, will like to achieve a first.

South Africa is no longer the force to reckon with in international cricket as they have been going through a rough transition phase over the past few years.

Kohli's men would like to pounce on the jittery Proteas like hungry African lions as the visitors have way more quality in its ranks than the home team which is full of rookies.

However an away Test series with some interesting sub-plots and hidden narratives adds to the intrigue of the battle that lies ahead and especially for 'King Kohli'.

This particular series, where even if he emphatically denies in public sphere, will be fighting multiple battles -- some tangible ones and a few intangibles.

First and foremost, Kohli, the captain, who would like to reassert his supremacy with a victory against a side which has only two players with 50 plus games -- skipper Dean Elgar (69 Tests) and senior keeper-batter Temba Bavuma (53 Tests).

It only helps that Kagiso Rabada will not have the dangerous and world's fastest Anrich Nortje for company in the bowling attack and left-arm spinner Keshav Maharaj is least of a worry as far as Indian batters are concerned.

Secondly, Kohli, the best batter in the team, has not scored a Test hundred since 2019 and has an average of less than 30. It does not match the lofty standards that is associated with the Indian skipper.

He must be backing himself up to fire in this series.

Kohli is also going into the series after taking on the establishment. He made it clear what he thinks of a sitting BCCI president, who also happens to be a distinguished former national skipper.

But those who know Kohli understand that every little skirmish for him is a platform for a good scrap. In his head, he is someone who loves to fight a good fight and when he perceives the world to be against him, Kohli is at his best.

He has been in good form during the net session and South African attack could just be the meal he would like to feast on.

But he would need his new deputy KL Rahul to replicate his performance in England and also need Cheteshwar Pujara to score a few runs after having blunted the new Kookaburra if need be.

Iyer, who looks ahead of Rahane in battle for No. 5 slot, would be tested by Duanne Oliver's back of the length deliveries that can rear up on a Centurion track which promises to quicken up as match progresses.

In case of Rahane, he is completely out of confidence and that's never a good sign.

Rishabh Pant's game always goes up a notch or two in adverse conditions and skipper Kohli won't mind if he can make a mincemeat of left-arm spinner Maharaj with those one-handed sixes.

A lot will depend on how Rabada and Oliver start the proceedings.

But like any other away tour, the difference between the two sides could be Jasprit Bumrah, fresh from a break and raring to dismantle a batting line-up that depends on Elgar, his deputy Temba Bavuma and De Kock.

If Bumrah and Shami can blow up the top-order, the rest of the South African batters might not do well against Ravichandran Ashwin. Skipper Kohli will need all of that.