Ajinkya Rahane got another chance to save his Test career as India decided to sacrifice Sharyes Iyer for the former vice-captain in Centurion. India won the toss and opted to bat first against South Africa in the Boxing Day Test. 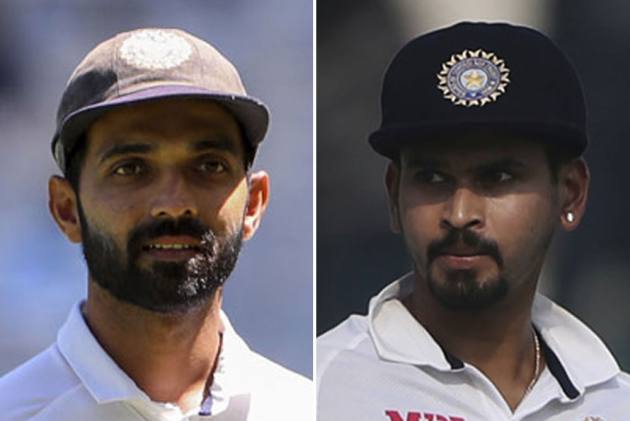 India captain Virat Kohli won the toss and opted to bat first against South Africa in the first Test of the Freedom Series at Centurion on Sunday. India fielded four bowlers, one all-rounder with struggling Ajinkya Rahane getting the nod ahead of Shreyas Iyer, who made a sensational debut during the New Zealand series at home.

At the toss, Kohli revealed that India will go with four front-line bowlers, with one all-rounder -- a deviation from his usual practice. Shardul Thakur, who has proved more than handy with the bat, comes in for veteran pacer Ishant Sharma.

"We are playing four bowlers and an all-rounder; Siraj, Shami, Bumrah, Ashwin and Thakur is the all-rounder," Kohli said.

With Rohit Sharma nursing an injury at the National Cricket Academy in Bengaluru, Mayank Agarwal gets his chance and he opens with returning KL Rahul. Cheteshwar Pujara, Kohli and Rahane complete the top five, then wicket-keeper Rishabh Pant comes in sixth.

Ravichandran Ashwin is the lone spinner. Thakur will share the pace duty with Mohammed Shami, Jasprit Bumrah and Mohammed Siraj.