On Day 1 of the first South Africa vs India Test match at Wanderers, Duanne Olivier became the joint third-quickest Proteas bowler to get fifty wickets in terms of matches. 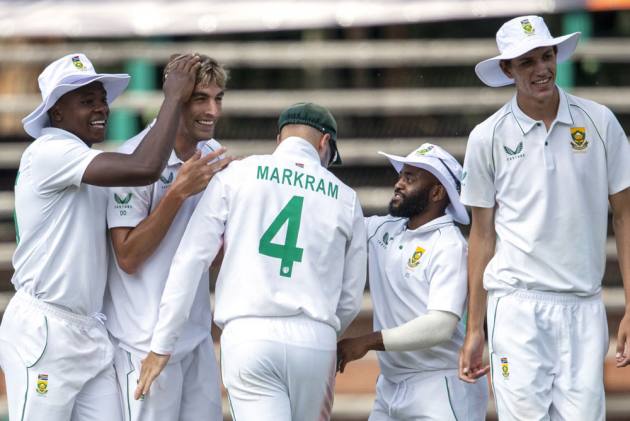 Duanne Olivier became the 34th South African and 398th bowler overall to complete a half-century of wickets in Tests. The right-arm fast-medium bowler from Groblersdal reached this landmark by dismissing Cheteshwar Pujara, caught by Temba Bavuma at point, in India's first innings on the opening day of the second Test match at the Wanderers Stadium in Johannesburg on Monday (January 3).

He had become the joint third-quickest South African to get there in terms of Tests. Duanne Olivier had got there in his 11th Test, the same as Bert Vogler, Hugh Tayfield and Allan Donald but behind Vernon Philander (7 Tests) and Peter Pollock (9 Tests).

** Ajinkya Rahane received his maiden duck in the 19th innings of the 12th Test match against South Africa. Overall, it was his 10th duck in 137 innings of 81 Test matches. The right-handed batter was out off the first ball for the first time in his career.

READ: Is Time Running Out For Rahane, Pujara?

** Lokesh Rahul became the 34th player to lead India in Tests. He led India for the first time after playing 41 Tests. He is the fourth from Karnataka to lead India after Gundappa Viswanath (1980/2 Tests), Rahul Dravid (2003-2007/25 Tests) and Anil Kumble (2007-2008/  14 Tests). India were missing Virat Kohli, the regular skipper, ruled out of the Test with an upper back spasm.

** Lokesh Rahul who made 50 off 133 balls with nine fours, became the eighth Indian to score a fifty on Test captaincy debut.