Jasprit Bumrah, not the one to take it lying down, animatedly dusted off the pain as if making fun of Marco Jansen's efforts. Then the two players engaged in a mid-pitch confrontation, prompting Marnus Erasmus to act. 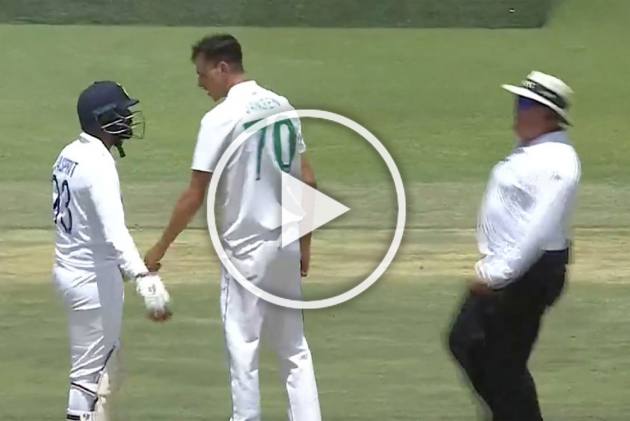 The third day of the second Test match between South Africa and India at the Wanderers, Johannesburg on Wednesday witnessed a verbal duel between Jasprit Bumrah and Marco Jansen.

Jansen, who coped more than a few body blows on Day 2 from the Indian pacers, showed his menacing side by targeting the Indian tail with pace and bounce. After testing Bumrah with short deliveries in the previous overs, Jansen hit Bumrah on the shoulder with a well-directed bouncer in the 54th over.

Bumrah, not the one to take it lying down, animatedly dusted off the pain as if making fun of Jansen's efforts. Then the two players engaged in a mid-pitch confrontation, prompting Marnus Erasmus to act.

Same thing happened with Bumrah in England 2021 series and the rest is the history #SAvIND
R.I.P OppositionðÂÂÂÂÂÂðÂÂÂÂ»ðÂÂÂÂ¡ðÂÂ¤£ pic.twitter.com/bQySaUI3g3

Bumrah to take Jansen's wicket to win us this test ðÂÂÂÂÂÂ pic.twitter.com/gg9cggb9WQ

Bumrah then hit Kagiso Rabada for a six in the 55th over, over deep square leg to the applause of Indian team-mates.

Bumrah didn't last long though, getting out for seven runs in 14 balls in the 57th over.

India, who won the first match by 113 runs in Centurion, are eyeing their maiden Test series win in South Africa.