Shardul Thakur returned with figures of 7/61 in 17.5 overs on Day 2 of the second Test to help India dismiss South Africa for 229. India, however, conceded a 27-run lead. 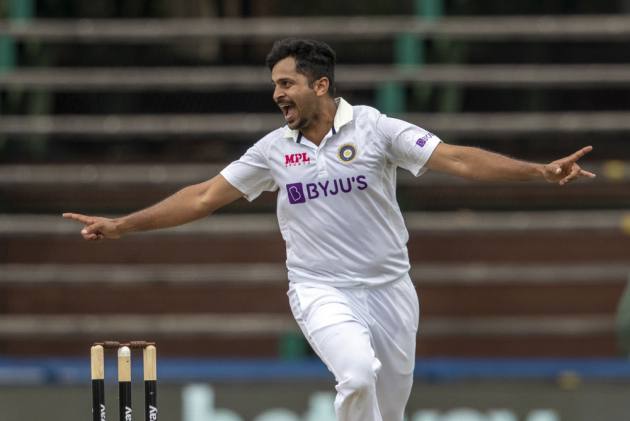 Shardul Thakur registered best bowling figures by an Indian in a Test match against South Africa on Tuesday with a seven-wicket haul at the Wanderers Stadium, Johannesburg.

Ravichandran Ashwin, who bowled ten overs without success in the innings, previously held the record for best figures by an Indian against the Proteas. The off-spinner took 7/66 in Nagpur in the 2015-16 season.

In South Africa, Harbhajan and Thakur are the only Indian bowlers to take a seven-wicket haul.

Thakur's figures are also the joint-best at the Wanderers since South Africa's re-admission in 1992. England pacer Matthew Hoggard took 7/61 in 2004/05.

Now, a full-fledged all-rounder, Shardul entered the match with 16 wickets n five Tests. He also has 204 runs with three fifities.