The second South Africa vs India Test at the Wanderers saw quite a few heated exchanges and with a fit-again Virat Kohli back for the all-important game, Dean Elgar feels more verbal blows will be traded at the Newlands. 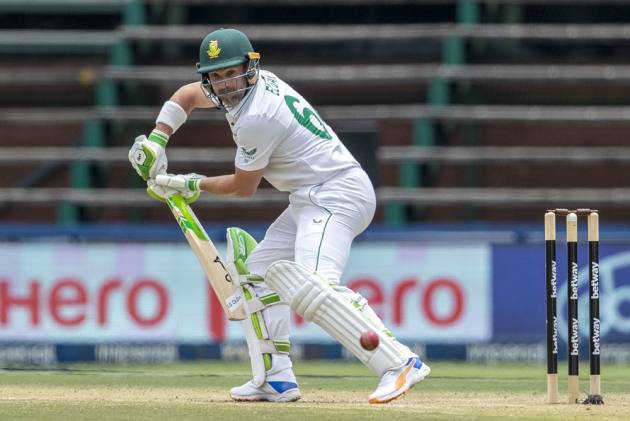 South Africa captain Dean Elgar on Monday signalled that the gloves are off in the series decider against India and said Virat Kohli's return for their biggest Test in the "last 10-15 years" will make the battle more intense.

The second Test at the Wanderers saw quite a few heated exchanges between the players and with a fit-again Kohli back for the all-important game, Elgar feels more verbal blows will be traded at the Newlands.

"Virat brings a different dynamic to the game. I don't think I missed him. But I think potentially his team missed him, no doubt just from a captaincy point of view and maybe from a strategy point of view.

"He is a world class player and very experienced within their squad. His name speaks for itself and it's one of the more respected cricketers around so I wouldn't say I missed him... But it doesn't matter who are playing against. We as a team, we need to focus on us," said Elgar on the eve of the third Test.

Elgar, known for his steely resolve, took multiple blows on the body on his way to a match-winning 96 in the second Test.

For a team going through transition and mired in off-the-field controversies, a series win against India will be a massive boost.

"This test is potentially the biggest we've had in 10 years, maybe even 15 years. And I think that speaks for its own respect. Test cricket is always going to have intensity, me as a player harbouring the intensity as well. So I don't think it's going to lack intensity.

"We saw in the Wanderers the minute we brought the intensity it seemed to almost flush the Indians quite a lot. And when that can play in our favour and it would be silly for us not to try and replicate that or even bring even more intensity into the next game," said Elgar.

Elgar said it would also be the biggest win of his career.

"... Obviously that comes with the leadership in captaincy. Now having a bit more influence with regards to our players group. But I think just from a player's point of view, it would be massive for us. I think we've put in so much hard work the last few months.

"We've been playing actually pretty good cricket up until now. We've had a lot of things that go our away because you need some momentum and they're on your side. And we've been doing everything right.

"For us winning the series 2-1 one is huge, beating the world number one side even though it's in your back garden, it's still going to speak massive amounts for our players group going forward in the Proteas batch," said Elgar.

"Pitch will last for five days"

Talking about the pitch at Newlands, Elgar predicted that the game will last five days.

"I've seen it from a domestic (match) point of view. Looks a little bit different. Yeah, they've done quite a lot of work after that game we had domestically and the condition is actually pretty good. I think it's the best I've seen Newlands in quite some time.

"The conditions look actually quite welcoming for us. They're just trying to prepare a good Test wicket because I think they obviously want the wicket to deteriorate over time into day four and five.

"That just calls on basics with regards to the kind of deterioration, wear and tear that the wicket can offer but it does look like a relatively good cricket pitch."

"If you aren't feeling a little sore, you are not working hard enough"

For someone who gives his 100 percent on the field and is always up for a fight, Elgar confirmed that everyone is fit for selection in his own inimitable style.

"I don't think there's any hiccups with regards to fitness of players... obviously, there's always niggles when you play in a series, especially Test cricket pushes your body to the limit.

He also lauded his lead pacer Kagiso Rabada ahead of his 50th Test.

"Playing 50 Tests for your country is massive. When he started he was extremely raw and he had express pace and I think he's come of age in that period of time. He's influenced our group in such a big way on and off the field.