India lost a golden chance to end their winless Test series run in South Africa after losing the third and final match at Newlands, Cape Town on Friday. The Proteas take the series 2-1. 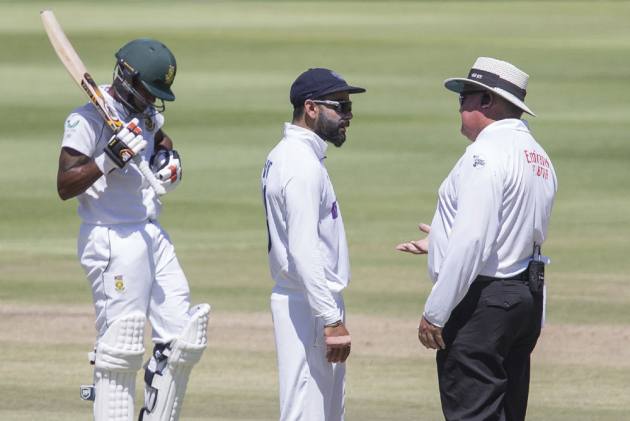 So, India have lost another Test series in South Africa. The 2021-22 series started with India winning the first Test match by 113 runs at SuperSport Park in Centurion. The Proteas hit back with a seven-wicket win in the second at the Wanderers Stadium, Johannesburg. And the hosts chased down 212 at Newlands, Cape Town to complete a 2-1 series win on Friday.

India needed early wickets in the morning, but managed to get only one, that of Keegan Petersen (82 off 113) as South Africa reached 171/3 (55) overs at lunch after resuming Day 4 on 101/2. And they knocked off the required 41 runs before tea.

Virat Kohli, who missed the second match due to a back-spasm, returned to lead the visitors in the series finale. He won the toss and played a patient knock in the first innings, then Rishabh Pant hit a sensational ton in the second essay. In between, Jasprit Bumrah completed a fifer. Those were the highlights of the match, from the Indian perspective.

In contrast, the Proteas relied on teamwork, they hunted in packs and built stands -- the tenets that define a team sport like cricket. Then, there was a DRS controversy with Kohli losing his cool on the 'penultimate day' of the series.

India started the series as the favourites against a young South African team. But after three matches, the stats remain the same that, India are yet to win a Test series in South Africa. After South Africa's readmission in 1991, India toured the Rainbow Nation eight times, and they have won four times in 24 attempts.

And India have lost four of the six matches played at Newlands. The other two were draws, in 1993 and 2011. The 2021-22 series will go down as India's best chance to win a series in South Africa.

The series witnessed the arrival of Keegan Petersen to the big stage, who shored up a brittle-looking South Africa middle order which has seen an exodus of talents in the recent past. He was the leading scorer, with 276 runs in six innings.

Dean Elgar, who anchored South Africa's chase in the second match, has 235, nine more than India's highest scorer KL Rahul. Temba Bavuma was the other batter to complete 200 runs. The tour will probably be the end of two veterans, Cheteshwar Pujara and Ajinkya Rahane.

Kagiso Rabada & Co, as expected, lived up to the expectations by leading the wickets charts. Rabada was the highest wicket-taker with 20 scalps. Marco Jansen, playing in his first series, claimed 19. Lungi Ngidi took 15. For India, Mohammed Shami was the pick of the lot.