SA Vs IND, 3rd Test: Rishabh Pant On Fire At Newlands, Can India Do A Gabba At Cape Town? Day 3 Highlights

The Newlands Test also witnessed the visiting captain Virat Kohli become the fourth Indian and 18th player overall to bat in 500 innings or more in international cricket. Here's a look at some stats from Day 3. 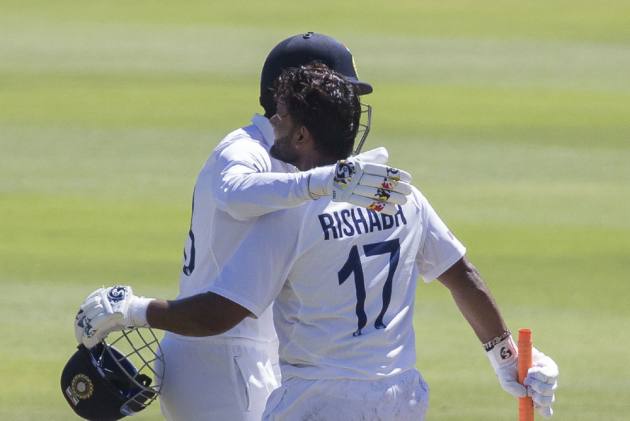 A sensational century from Rishabh Pant kept India's faint hopes of winning their maiden Test series in South Africa alive on Thursday. At the close of play on Day 3 of the third and final Test match, the Proteas were 101/2 (29.4), still needing 111 runs to overhaul the 212-run target set by India at Newlands, Cape Town.

Pant's unbeaten knock of 100 off 139 balls, his first century against South Africa, reminded the wicketkeeper's innings 12 months ago in Brisbane against Australia. In the Gabba Test, Pant hit an unbeaten 89 off 112 to help India chase down a stiff target of 328 runs.

The Newlands Test also witnessed the visiting captain Virat Kohli become the fourth Indian and 18th player overall to bat in 500 innings or more in international cricket. India were dismissed for 198 runs in their second innings.

Sachin Tendulkar (782 innings in 664 matches), Rahul Dravid (605 innings in 509 matches) and Mahendra Singh Dhoni (526 innings in 538 matches) are the other three Indians to play 500 innings in international cricket before Kohli.

Here's a look at some more stats

** Virat Kohli faced 344 balls in this Test match. Only one visiting batter since 2016 has faced more balls in a Test match in South Africa than Virat Kohli. England's Dom Sibley faced 387 at Cape Town in 2020.

** The 94-run partnership off 179balls for the fifth wicket between Virat Kohli 15 (103 balls) and Rishabh Pant 71 (76 balls) is the highest of the match so far. They have put on their second fifty partnership of the Test. It was also the fourth fifty-plus stand in this Test match.

** Rishabh Pant recorded his maiden century against South Africa in the sixth innings of three Tests by making an unbeaten 100 off 139 balls with six fours and four sixes. Overall, it was his fourth hundred in 48 innings of 28 Tests. Four Indian keepers have scored a total of six centuries outside Asia, Rishabh Pant has made four of those, two in England and one each in Australia and South Africa.

(With inputs from Syed Pervez Qaiser)