Virat Kohli, who missed the second Test due to a back spasm, returned to lead India in the third and final Test against South Africa at Newlands, Cape Town. And he's playing a captain's knock. 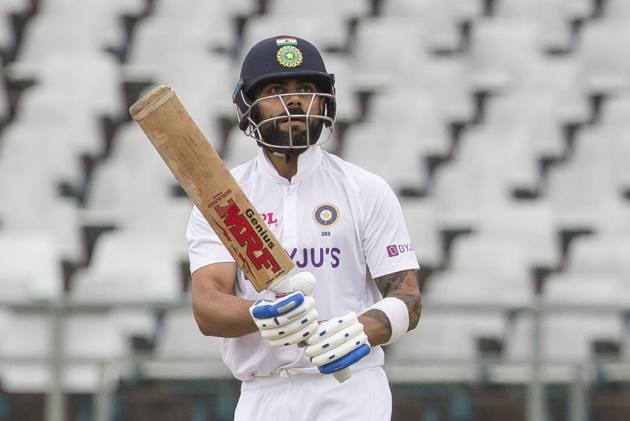 India captain Virat Kohli waged an individual wage on Day 1 of the third and final Test against South Africa Tuesday as the visitors struggled to cope against a fiery pace attack.

Kohli, who missed the second Test due to a back spasm, won the toss and elected to bat first at Newlands, Cape Town. India then found themselves losing wickets at regular intervals.

At the time of filing the report, India were 192/6 in 66 overs with Kohli unbeaten on 71 off 178 balls. The 33-year-old hasn't hit an international century in more than two years.

Kohli wicket update: India skipper got out for 79 off 201 balls, falling to Kagiso Rabada in the 73rd over. India were 211/9 (72.3). This was his highest score in Tests since January 2020, bettering 74 against Australia in Adelaide.

Kohli, in the process, hit his second-slowest half-century in terms of balls faced. He reached the mini-milestone in 158 balls, which is 14 balls faster than his slowest in Test cricket -- in 171 balls against England in Nagpur in the 2012-13 season.

For the record, Kohli scored his last international century, his 70t, against Bangladesh at Eden Gardens, Kolkata on November, 23 in 2019.

India are chasing their first-ever Test series win in South Africa. They won the series opener by 113 runs, then the Proteas hit back with a seven-wicket win in the second Test to level the series 1-1.