A drop in new COVID-19 cases in South Africa has come as good news for Cricket South Africa. The Indian cricket team has been kept in a bio-secure bubble for the Test series. 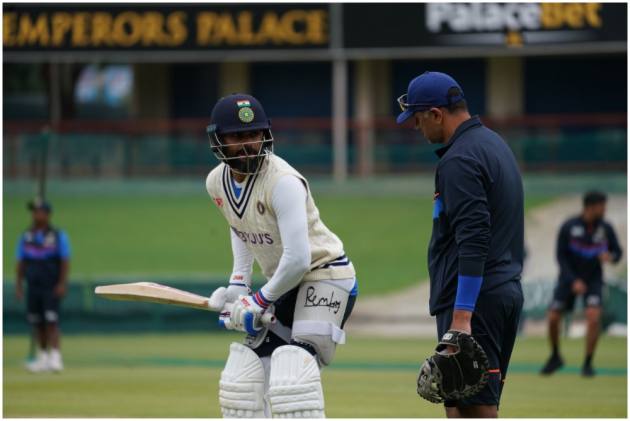 At a time when the sporting world is panicking due to Omicron, the new variant of coronavirus, Cricket South Africa (CSA) and the Board of Control for Cricket in India (BCCI) are pulling out all the stops to make the three-Test series successful. (More Cricket News)

The Indian players seem relaxed and happy in their bio-secure environment. They even had a barbecue night at their resort - Irene Lodge - in Gauteng, one of the nine provinces of South Africa.

South Africa have been at the forefront of the Omicron wave and even as the world wonders what lies ahead, the Indian cricket team in Johannesburg has been preparing hard for the first Test starting in Centurion on Boxing Day (December 26).

#TeamIndia had an intense nets session ðÂÂÂÂÂÂÂÂªðÂÂÂÂÂÂÂÂ» at SuperSport Park ðÂÂÂÂÂÂÂÂÂÂÂÂï¸ÂÂÂÂ in the build up to the first #SAvIND Test.

Cricket South Africa has shown tremendous resilience to ensure that the India series goes ahead. CSA has barred fans from entering the stadiums and that will mean loss in revenue from gate receipts.

Meanwhile, Cricket South Africa has turned to South African Broadcasting Corporation to provide ball-by-ball commentary on the series to thousands of fans who will miss live action from the stadium.  SABC broadcasts sports on its well known platform Radio 2000.

But there is good news in South Africa. There has been a drop in new COVID-19 cases and medical experts are saying the country’s dramatic Omicron-driven surge has passed its peak.

After hitting a high of nearly 27,000 new cases nationwide on Thursday, the numbers dropped to about 15,424 on Tuesday. In Gauteng province — South Africa’s most populous with 16 million people, including the largest city, Johannesburg, and the capital, Pretoria — the decrease started earlier and has continued.

“The drop in new cases nationally combined with the sustained drop in new cases seen here in Gauteng province, which for weeks has been the center of this wave, indicates that we are past the peak,” Marta Nunes, senior researcher at the Vaccines and Infectious Diseases Analytics department of the University of Witwatersrand, told The Associated Press.

It may be recalled that India had abandoned the fifth and final Test against England in Manchester in September after members of the support staff had tested positive for COVID. The Indian players immediately rushed to UAE to play IPL.

With no such attraction and pressure from IPL franchises, it is unlikely that India will withdraw from the series in South Africa even if COVID breaks out in their camp.

"There is an agreed medical protocol between Cricket South Africa and the Board of Control for Cricket in India," CSA's medical officer Shuaib Manjra has said.

"Considering that everyone within the Bio-Secure Environments' (BSE) and the broader cricket ecosystem will be vaccinated, any positive case will isolate within their designated hotel room if clinically stable, or an alternate space within the hotel," Manjra told PTI.

Respective team doctors will take care of the players in case any of them test positive for the virus.

"They will remain under the care of their respective team doctors. Any contacts (close or incidental) will continue playing and training with non-pharmaceutical interventions strictly observed. All team members will undergo symptom screening and COVID-19 testing daily, and the tour will proceed as planned," he added.

Manjra informed that at all the venues, the Indian squad will be lodged at luxurious resorts with lot of open spaces to make their stay comfortable.

"In order to promote a happy and comfortable BSE for the teams, CSA has ensured that the hotels that the teams are staying in have large outdoor spaces that allow for safe recreational activities and have allowed teams to travel with their families," Manjra said.