Shardul Thakur bowled a short delivery to Rassie van der Dussen, who nicked the ball to India wicketkeeper Rishabh Pant. The southpaw dived forward to complete the catch but failed to collect it cleanly. 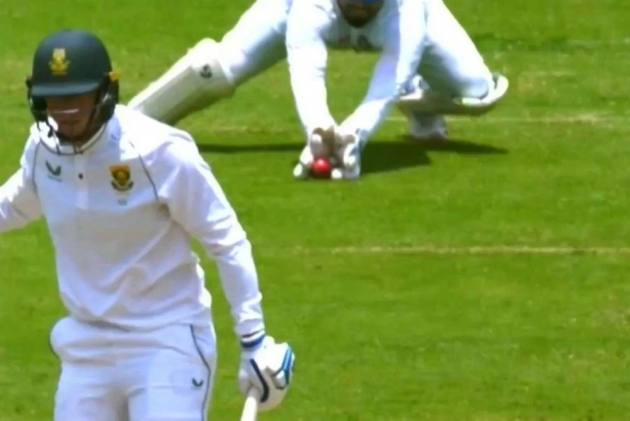 The wicket of Rassie van der Dussen on Tuesday in the ongoing second Test match between South Africa and India at the Wanderers became a massive taking point. From game ethics to umpiring blunder, everything came under the radar of critics as the Protea batter’s short stay at the crease met an unfortunate end. (More Cricket News)

It happened off the fourth ball of the 45th over, bowled by Shardul Thakur, on Day 2 of the second Test in Johannesburg. Thakur bowled a short delivery to van der Dussen, who nicked it to India wicketkeeper Rishabh Pant. The southpaw dived forward to complete the catch and umpire Marais Erasmus also gave his approval to it. Meanwhile, Van der Dussen also walked off towards the pavilion without raising any question. The umpires called for lunch soon after the wicket.

Later, video replays suggested that the ball had bumped before it could get into Pant’s gloves. However, it seemed it was too late as van der Dussen was already in the pavilion. According to reports, South Africa skipper Dean Elgar and the team manager also went to discuss with the umpires regarding the dismissal during the break, but nothing worked in the hosts’ favour as the new batter Kyle Verreynne walked in to bat with Temba Bavuma in the post-lunch session.

Here is the video of the catch:

Out or not? #INDvSA pic.twitter.com/z7pZ0Foinw

Understandably, fans were divided over the controversial dismissal. Some felt that the umpiring blunder cost van der Dussen his wicket and that KL Rahul should have requested the umpires to reverse the decision, while others felt that the Protea batter should have stayed for confirmation.

Here are some of the reactions:

People who are crying over Van der Dussen's dismissal and claiming it be "not out" are the same people who didn't bet an eye on Hanuma Vihari getting out on a "no ball" yesterday!

The hypocrisy is unreal.

So glad that unlike the stupid decision taken by #Dhoni to wrongly recall #IanBell in #Eng in 2011 #Klrahul, #Pant haven't been stupid to recall #Vanderdussen in #Joburg today. Umpires erred. Batsmen didn't jse drs.

Yet another #SouthAfrican batsman walked without checking when he actually was not out - Rassie Van Der Dussen! Temba Bavuma did the same vs Srilanka when he was in sight of a century. Why are SA batsmen missing the basics or just lack street smartness?#SAvsIND

Just seen the replay of the van der Dussen "catch". Definitely a bump ball. Not sure Pant should have claimed that. He'd already claimed a bump ball earlier in the session. Got to get the batsman back in. #INDvSA #SAvIND

Meanwhile, Shardul Thakur completed a maiden five-wicket haul to help India fight back after getting all out for 202 in their first innings in Day 1.