Virat Kohli's ODI captaincy, Ishant Sharma's place in Test, and back-up for the No. 3 batting position will be up for discussion when the selectors meet to pick the squad for the South Africa tour. 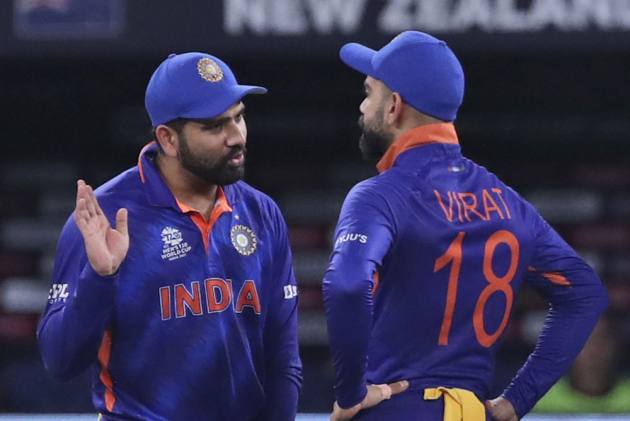 Virat Kohli's position as India's ODI captain, his Test deputy Ajinkya Rahane's future as vice-captain in the longest format along with 100-Test man Ishant Sharma's place will be up for discussion when the national selectors pick the jumbo squad for the tour of South Africa later this week. (More Cricket News)

Chairman of selectors Chetan Sharma, Abey Kuruvilla and Sunil Joshi are in Mumbai watching the Mumbai Test and sometime during this week, they will sit alongside president Sourav Ganguly and secretary Jay Shah to take a few decisions which might have far-reaching impact in the larger context of Indian cricket.

India are supposed to play three ODIs in South Africa and the biggest question now is whether the country needs two white ball captains which can potentially lead to clash of ideas.

Rohit Sharma is already the T20 captain and with the blue riband 2023 50-over World Cup not far off, there are louder voices in the BCCI corridors to have one white ball captain -- and that is Rohit.

"As of now, it looks difficult that Virat would be able to keep his ODI captaincy but since ODI isn't important this year with very few matches here and there, one can think of delaying the decision," a senior BCCI source told PTI.

"But the counter argument is that why do you want to have separate ideas for two formats and if majority of people in charge of making decision feel that Rohit is the man going forward and will get time to prepare a team for 2023 event," he said.

There won't be too many surprises in coach Rahul Dravid's first overseas assignment as he is not someone who believes in rocking the boat which means that Cheteshwar Pujara and Rahane will be boarding the Johannesburg flight as of now.

However, Rahane will find it very difficult to keep his position as Kohli's Test deputy as he no longer is an automatic choice in the playing XI. Shreyas Iyer, Shubman Gill, Suryakumar Yadav, Hanuma Vihari are some of the middle-order choices to replace Rahane in the eleven.

"Obviously, he is going to South Africa but had he not got injured, there was a high chance of him getting dropped from the eleven. So if he is not a sure-shot starter, how can he remain the deputy. If Rahane is removed from vice-captaincy, Rohit is the obvious choice. He was in fact vice-captain in Australia Test series in last two games," the official said.

Can Priyank Panchal or Abhimanyu Easwaran get nod as No. 3?

While Pujara will start in the first Test if fit, the selectors might want to look at some back-up No. 3 options in the long run. Bengal's Easwaran has a hundred and a fifty batting at No. 3 and Panchal, who has also batted at one-drop at times, has a 96 and can be seen as a back-up.

This is unless, Mayank Agarwal (if his forearm injury is not serious) is seen as a potential No. 3 after his 150 and 62 in the second Test considering KL Rahul and Rohit are automatic first-choice openers after their stellar show in England.

Ishant Sharma has gone off the boil since the tour of England and many people believe that the veteran of 105 Tests (311 wickets) should now be given a break as Mohammed Siraj can't be kept out in overseas conditions along with Jasprit Bumrah and Mohammed Shami when they are all fit.

Umesh Yadav in the previous regime has had to sit out a lot in overseas Test as he didn't fit in a four-pronged pace attack but on pure form, he is better placed than Ishant.

Ishant might not be picked if his form over the past few months is really assessed but one never knows what are the permutation and combinations at work.

Will Shikhar Dhawan be back in ODIs

When India last played ODIs in Sri Lanka, Shikhar Dhawan was the captain and the man who is now 36, in three of his last six ODIs had scores of 98, 67 and 86 not out, the last one in the island nation which also got him Man of the match award.

With 17 hundreds, he is only behind Virat Kohli and Rohit Sharma in terms of hundred in this current line-up and it will be very difficult to ignore him if he is fit.