SA Vs IND: Lead Of 350-400 Runs Enough For India To Go For Kill In 1st Test, Feels Mohammed Shami

Mohammed Shami's five-wicket haul on Day 2 of the first Test match has given India an upper hand against South Africa. South Africa were bowled out for 197 in reply to India's first innings total of 327. 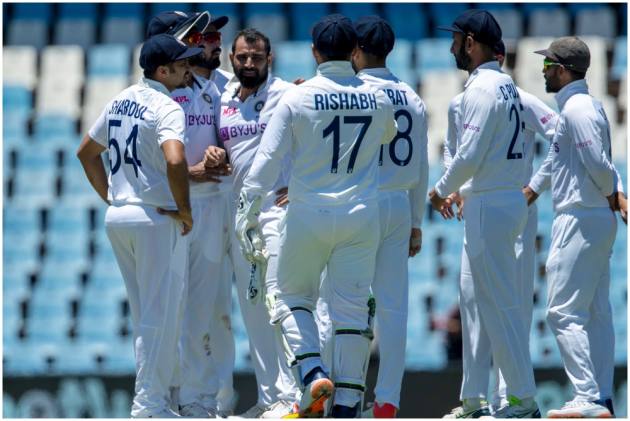 Pacer Mohammed Shami feels that a lead of 350-400 runs in the second innings and at least three to four sessions will be enough for India to take a hit at the South Africa batters for a well-deserved win in the ongoing first Test match in Centurion. (More Cricket News)

“A lead of 146 is fine but two days are still left. We have to bat for the better part of tomorrow and if we can make around 250 (in second innings) and the lead is close to 400, then we can give them four sessions or maybe a bit more,” Shami said after the game.

“But that depends on captain but a minimum of 350 to 400 runs will be required for sure,” Shami said. The 31-year-old’s sixth five-for in Tests also brought up a personal milestone of 200 wickets and put India in complete control.

Shami also stated that India’s world-class pace attack should always rest ‘only and only’ with its playing members. “Indian pace bowling is a formidable one because each and every member has worked hard and achieved it all with their sheer hardwork,” said Shami.

“They have created their own little units (niche) for themselves and yes they are the ones who have put in immense amount of hardwork in the last 6-7 years. They are here on their own,” Shami gave a detailed and loaded answer without naming anyone.

“Yes, credit goes to support staff. They support your skill but it’s not fair that you take any particular name. What you should see is what kind of effort that these boys have put in and I give credit to boys who have put in the effort,” Shami was very clear about what he felt.

For Shami, if someone is playing at this level, he should learn to adapt. “Test match isn't any rocket science. If you are a Test level bowler, you should know your lengths and also have an idea of conditions and adapt accordingly,” he added.