SA Vs IND: Mark Boucher On Quinton De Kock's Test Retirement, 'It Came As A Shock'

Quinton de Kock, only 29, announced his retirement from Test cricket at the end of the opening match against India, which the hosts lost by 113 runs at SuperSport Park in Centurion. 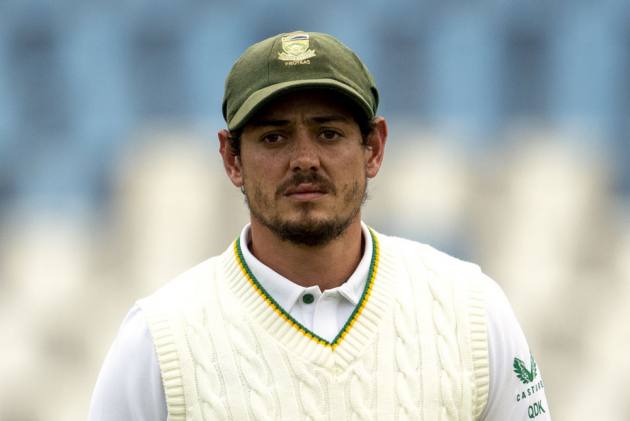 For South Africa head coach Mark Boucher, batter Quinton de Kock's sudden Test retirement is a "shock" since "you do not expect anyone of his calibre to retire at that age". (More Cricket News)

De Kock, only 29, announced his retirement from Test cricket at the end of the opening match against India, which the hosts lost by 113 runs at SuperSport Park in Centurion on Thursday.

"You do not expect anyone of his calibre to retire at that age," Boucher said.

"It came as a shock. But we fully respect his reasons," local media quoted him as saying.

Boucher said the Proteas have no luxury to dwell on de Kock's decision but must instead focus on the second Test against India which gets underway at the Wanderers on Monday.

"He (de Kock) had a fantastic Test career. It’s sad, but we’ll have to keep going," Boucher said.

"We’re in the middle of a series and we cannot wonder about it for too long. We need to focus on the guys who come in his place and hopefully, they can do something similar to what Quinny offered us."

While the Proteas' think-tank knew that de Kock wouldn't be available for the second and third Test due to the birth of his first child, they didn't expect the first Test loss against India to be his final game in whites for South Africa.