After making his Test debut in 2018, Shardul Thakur got his second Test earlier this year in Australia. And the 30-year-old played his part as a makeshift Indian side breached Fortress Gabba. 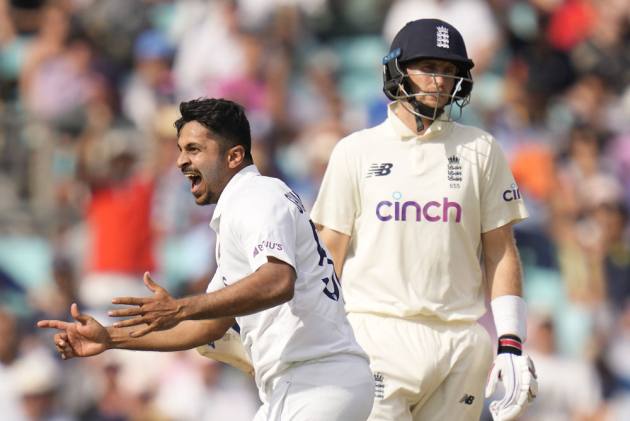 Shardul Thakur has had a good initiation into Test cricket and the India seam bowling all-rounder wants to replicate his impressive show in Australia and England in the ongoing series against South Africa.

Thakur has been preferred by the Indian team management ahead of Ishant Sharma and Umesh Yadav because of his superior batting skills.

"I am looking forward to it. I hope it comes off in SA too as I have been successful in England and Australia, to contribute in South African conditions, I would be more than happy," Shardul told teammate Ravichandran Ashwin during a chat on bcci.tv.

On an otherwise gloomy day in Centurion, here's something to brighten up your feed ðÂÂÂÂÂÂðÂÂÂÂÂÂ

After making his Test debut in 2018, Thakur got his second Test earlier this year in Australia. And the 30-year-old played his part as a makeshift Indian side breached Fortress Gabba to win the back-to-back Test series in Australia. In the match, he took seven wickets and scored 67 runs. Against England at The Oval in August, Thakur scored 57 and 60 and took three wickets.

For Shardul, who has 67 wickets and 366 runs for India in 43 international games across formats, self-belief is the key.

"I do like to plan my game in terms of both bowling and batting. When I enter the ground, everything is about confidence and self-belief for me. If you are playing white-ball cricket, you think of yorker. So to bowl that yorker, I go in with full confidence which stands out for me as player," Shardul said.

For the Mumbai cricketer, the aim is to remain a player who always makes a winning contribution for the team and not just merely add up numbers.